The bullish momentum seen throughout the week has spilled over into the weekend as the majority of the top-100 tokens listed on CoinMarketCap are posting double-digit gains.

Bitcoin (BTC) entering a brief consolidation period and the possibility of a third round of stimulus checks for American citizens are two possible reasons for today’s bullish price action.

While there are concerns about the recent large Bitcoin inflows into South Korean exchanges by BTC whales, fundamentals factors like miner sentiment and decreasing supply are keeping investors feeling relatively optimistic about Bitcoin’s future price prospects.

A growing number of experts have voiced their opinion that Bitcoin’s recent bullish surge is due to outflow from gold as the top cryptocurrency is quickly becoming the preferred inflation hedge for the millennial generation.

Following the new all-time high price in Bitcoin (BTC) of $41,940 on Jan 8, the top cryptocurrency has entered what looks to be a brief consolidation phase as bulls attempt to push the price higher after confirming the $40,000 level as support. 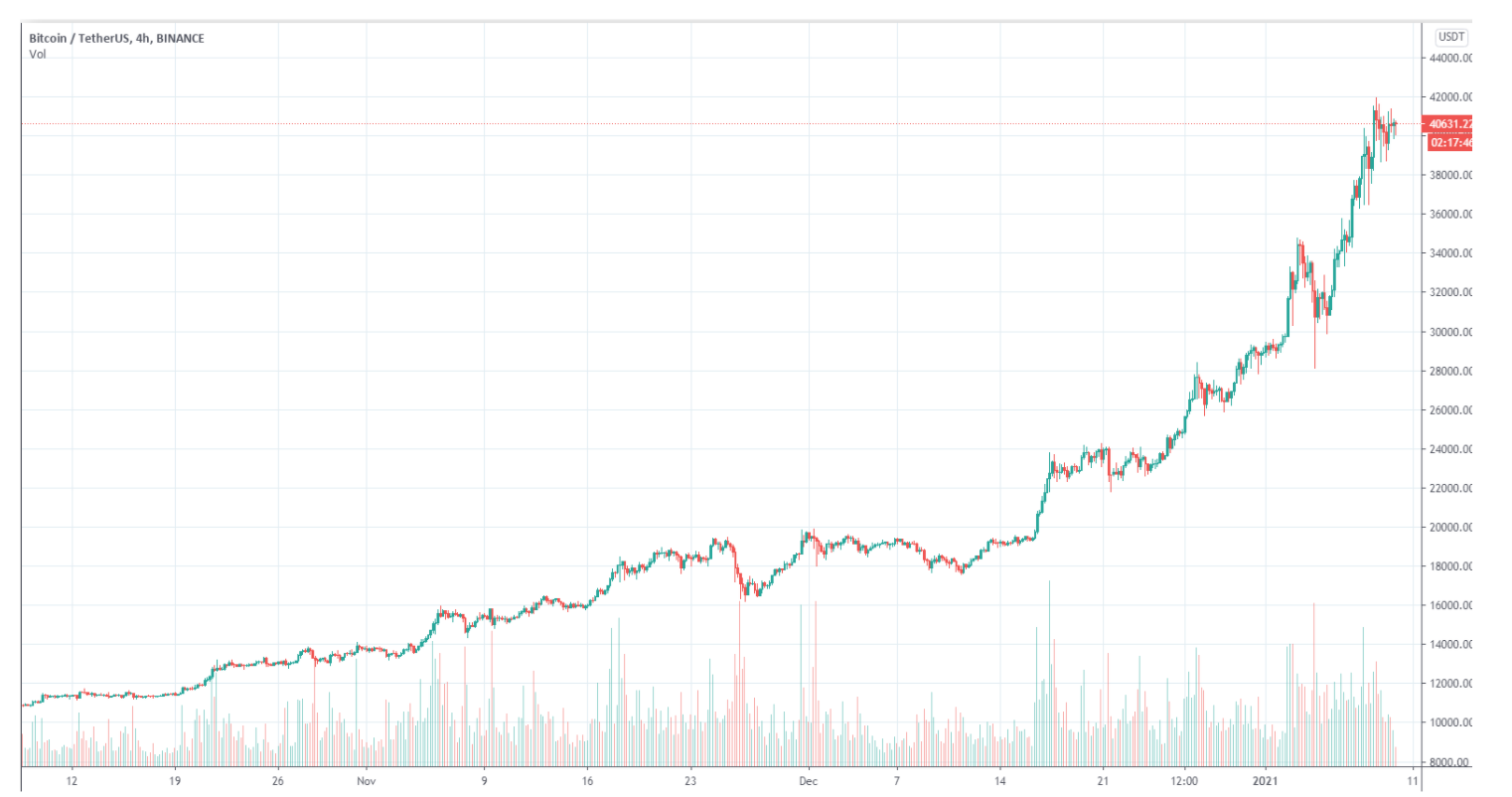 Predicting what comes next is a difficult task at these price levels due to the absence of a price ceiling. In regards to price volatility, Chad Steinglass, the head of trading at CrossTower suggested that increased volatility could be the norm until the market moves “into a more stable environment of balanced flows and more stable prices.”

“I think we’re entering a stage in the markets where $1,000 intraday swings are pretty much going to be normal… Market maker liquidity relative to big player size is getting smaller and smaller. With market makers having reduced capacity to warehouse risk relative to trading flow, I expect prices to move pretty quickly.”

Has a new altcoin season started?

As has been the case in previous bull markets, a rise in the price of Bitcoin is often followed by a consolidation phase. During this time, traders tend to shift their attention toward altcoins and Bitcoin profits shift into smaller cap cryptocurrencies.

According to Jean Baptiste Pavageau, a partner at ExoAlpha, the current bullish momentum seen from Bitcoin will eventually slow down and at this juncture investors are likely to pile into altcoins. Pavaageau told Cointelegraph:

“Indeed, we have started to observe a classic “wealth” distribution pattern over the past 2 weeks, where Bitcoin investors are looking to take their profit and invest in other blue-chip coins. While the upside on Bitcoin is decreasing, the altcoin market is becoming more appealing for traders and investors who are looking for large returns. We expect to see Bitcoin dominance starting to decrease and the altcoin market booming over the next few weeks.”

Coming off a week filled with positive developments for stablecoin projects, MakerDAO and its MKR token, which govern the development of the DAI stablecoin, has seen an increase of 45% over the past 24-hours and currently trades for $1,530.