Perpetual Protocol, a DeFi project offering decentralized perpetual contracts using the layer-two Ethereum scaling solution xDai, has emerged as the sixth-largest DEX by weekly trade volume after operating for only one month.

Based on data from Dune Analytics shared by Perpetual Protocol, the DEX’s weekly trade volume of more than $299 million would rank the project above the likes of Synthetix, dYdX, and Kyber, and below Balancer.

The milestone was shared in a blog post celebrating the project’s first month of operation — a period in which the DEX drove more than $500 million in total volume and generated more than $500,000 in trading fees.

All trading fees generated by the protocol are currently sent to an insurance fund designed to secure the protocol, with the project planning to divert 50% of fees to PERP stakers once its staking pool has launched.

In the blog post, Perpetual Protocol noted that it spent only $183 to execute 179,000 transactions as gas fees on xDai are just one-one-hundredth of those on the Ethereum mainnet. With Perpetual Protocol covering the gas fees of its traders, the DEX would have had to pay out $18,300 in fees if it was operating directly on Ethereum.

Congratulations to the @perpprotocol, just over one month old and already making some serious moves with trading volume surpasing 500M!
Running on @xdaichain, gas for more than 179K transactions was only $183! https://t.co/RiqoUY4xit

XDai is one of several L2 scaling solutions that are offering an alternative to the heavy fees associated with operating directly on the Ethereum mainnet, with Synthetix recently launching the first stage in its transition to optimistic roll-ups.

Looking ahead, Perpetual expects to introduce limit order functionality during the first quarter of 2021, and will also launch staking in February.

Despite the booming volume, the DEX sector is currently dominated by a handful of platforms — with roughly half of the combined DEX trade activity taking place on Uniswap, and 90% of combined volume transpiring on the four largest platforms. 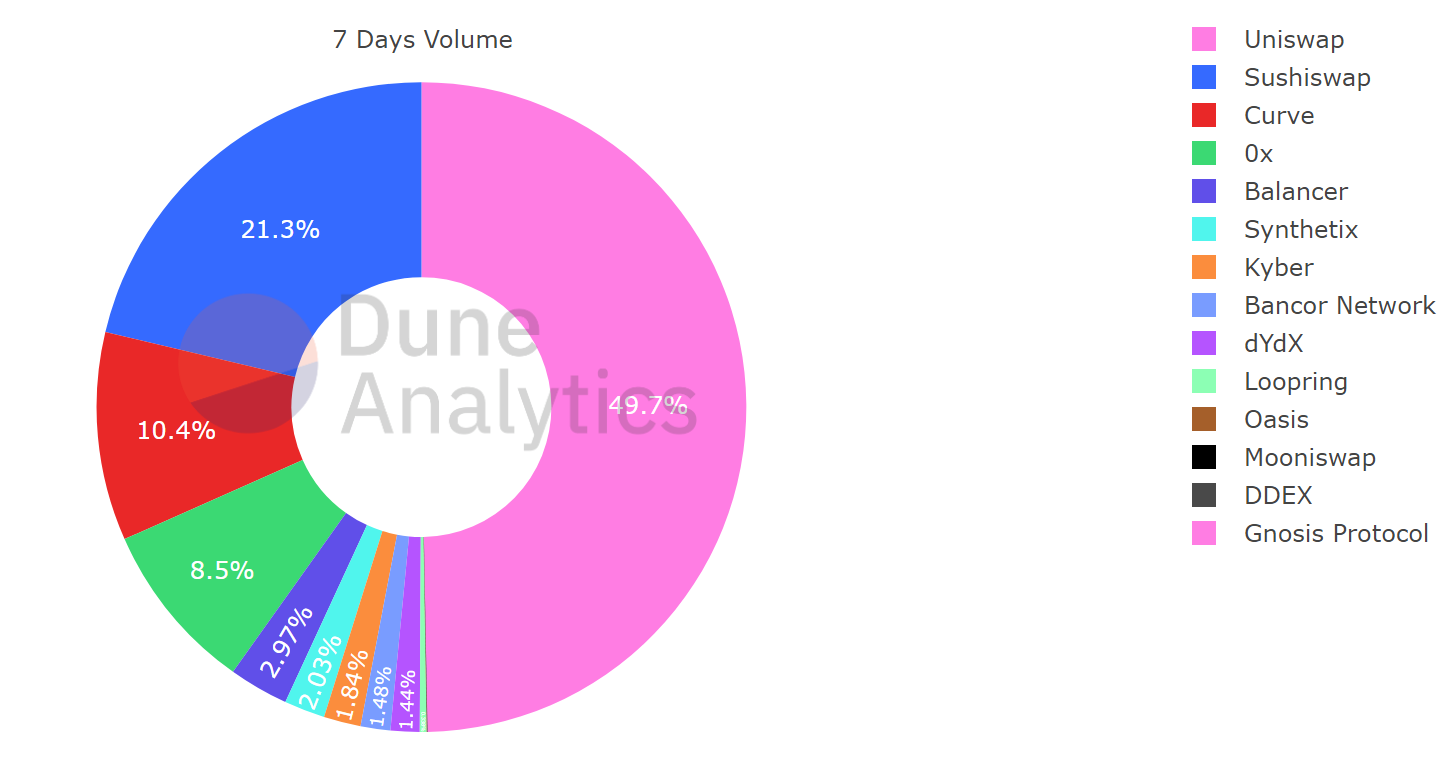