The price of Bitcoin (BTC) broke above $40,000 on Feb. 6 for the first time in 23 days. But this time, the market sentiment is a lot calmer with a less overheated derivatives market.

The combination of a less crowded Bitcoin futures market, the selling pressure from whales peaking, and a fast recovery could help BTC stabilize above $40,000 this time.

This means that the selling pressure coming from whales dealing with $1 million to $10 million orders reached a record-high. The analyst said at the time:

“Whales bought back almost everything they had sold since $40k, and mega-whales are about to make a new ATH on their orderflow. Downtrend is over, IMO. New ATH soon, don’t miss it!” 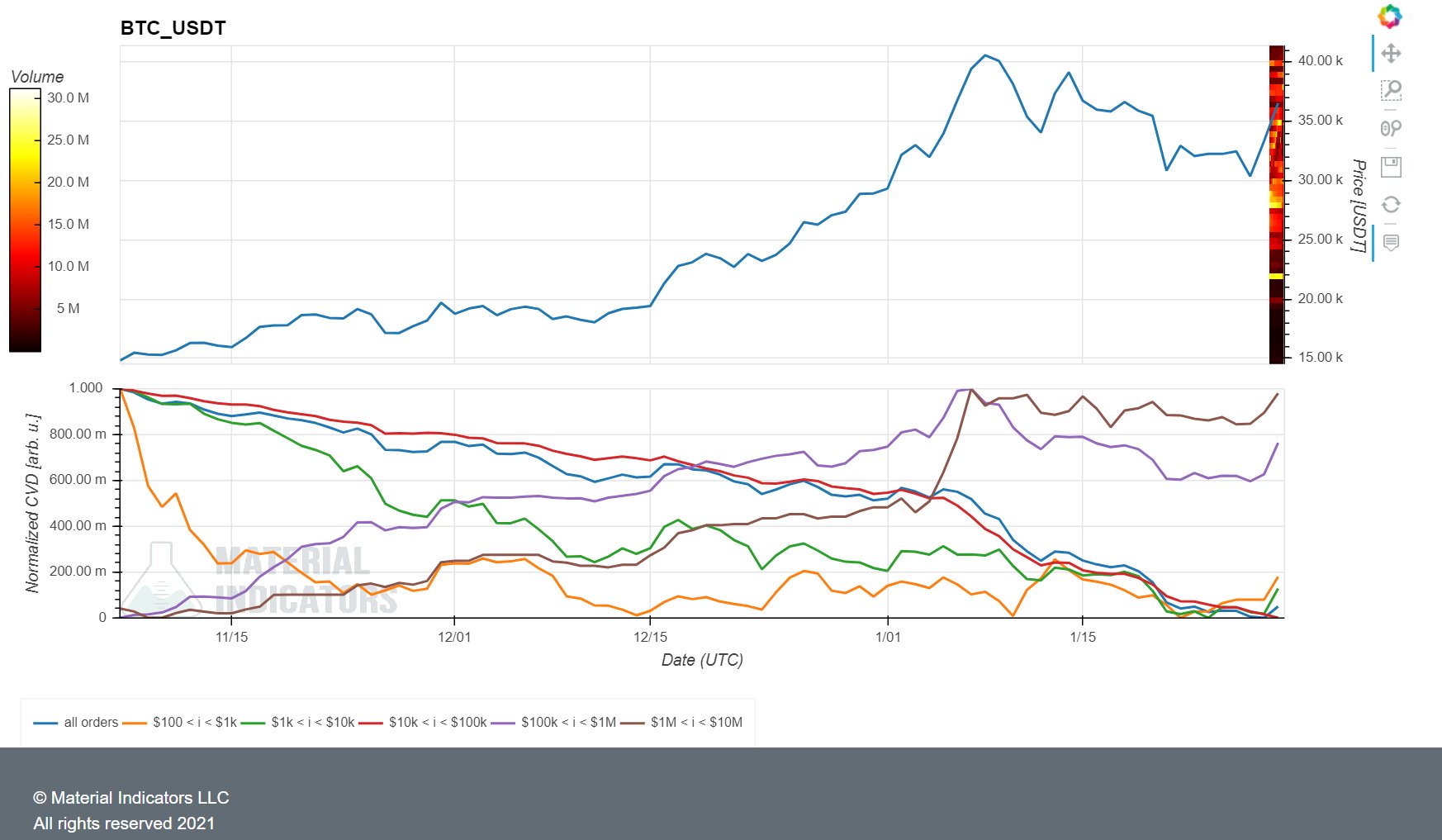 If the price of Bitcoin establishes $40,000 as a new support area, it would establish a highly positive short-term price trend for BTC.

It would mean that BTC can now rally towards its all-time high without the massive selling pressure coming from major whales and high-net-worth investors.

In the near term, for Bitcoin to maintain its bullish structure, it would need to protect two key support levels: $40,000 and $37,834.

Meanwhile, according to the analysts at Whalemap, a data analytics platform that tracks whale data, there is a confluence of whale supports at $37,834 and $36,290.

If Bitcoin breaks down from $40,000, these two support areas would be critical to defend. Below these two levels would likely result in a short-term bearish trend. The analysts wrote:

“Confluence of whale supports at $37834 –> $36290. A new cluster formed yesterday in that area too. This should give BTC a nice base to take off from if we ever get there. Otherwise $39843 should provide some help too.” 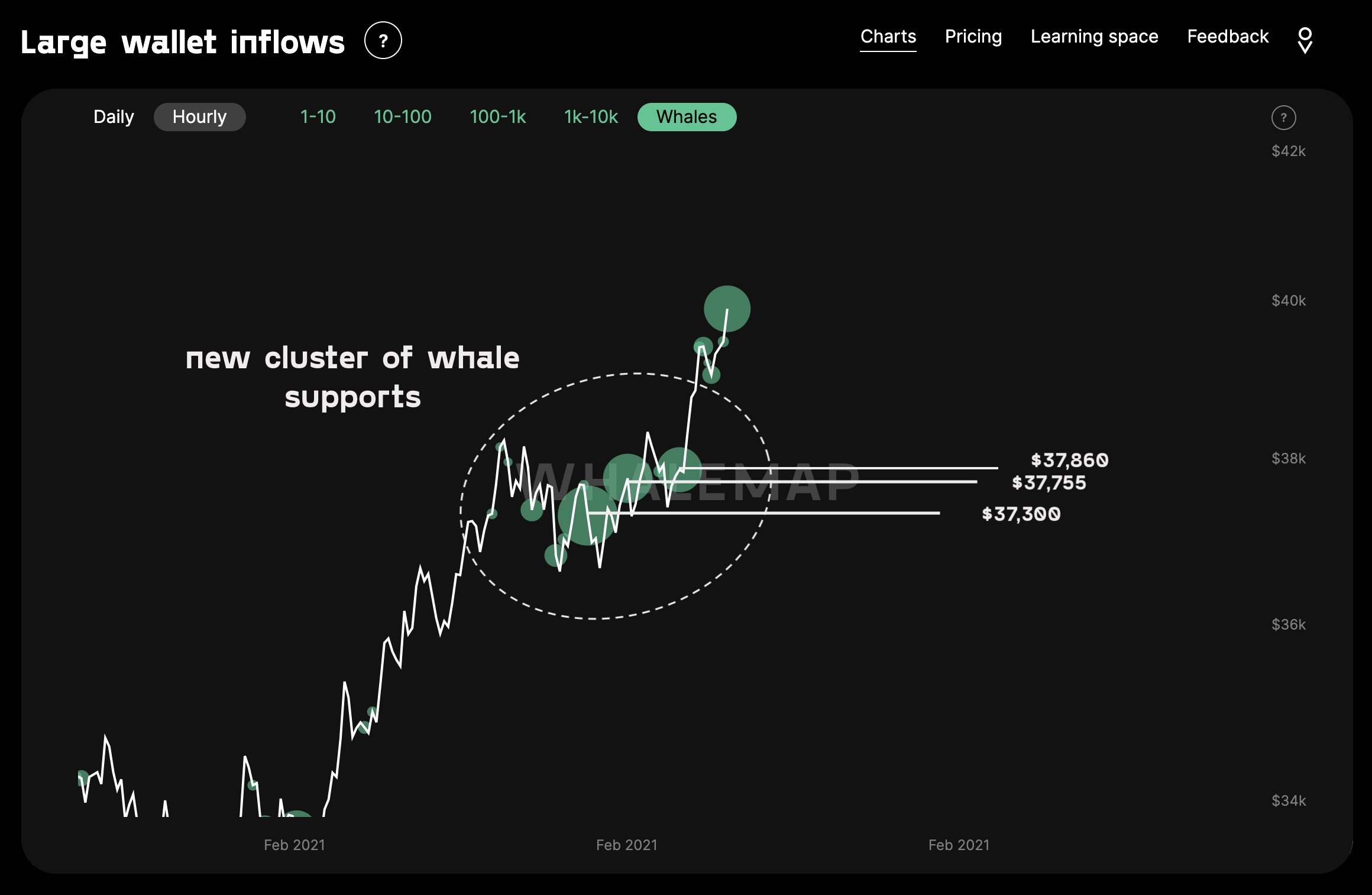 In the foreseeable future, some traders anticipate Bitcoin to surge beyond $60,000 with the momentum from the ongoing rally.

Scott Melker, a cryptocurrency trader, said there will be pullbacks, but Bitcoin would likely reach $63,000 following the breakout. He said:

“There will be pullbacks, maybe even to retest the top of the flag as support. But technically this is a confirmed breakout that should take $BTC to 63K eventually. Disclaimer – patterns rarely reach their targets, but the rules are the rules.”

Bitcoin technically broke out of the bull flag when it surpassed $38,000 on Feb. 4. Considering that Bitcoin is looking stronger than the last time it broke $40,000 a month ago, there is sufficient momentum to carry it past $50,000 this time around.

A potential catalyst in the near term could be Guggenheim potentially confirming its investment in Bitcoin after securing the rights to invest in the Grayscale Bitcoin Trust in February.