Bitcoin’s (BTC) recent plunge could have been caused due to profit-booking by institutional investors, according to a report by crypto fund manager CoinShares. The report noted a sharp drop in institutional inflows during the first week of the new year and weekly outflows from several crypto investment products. 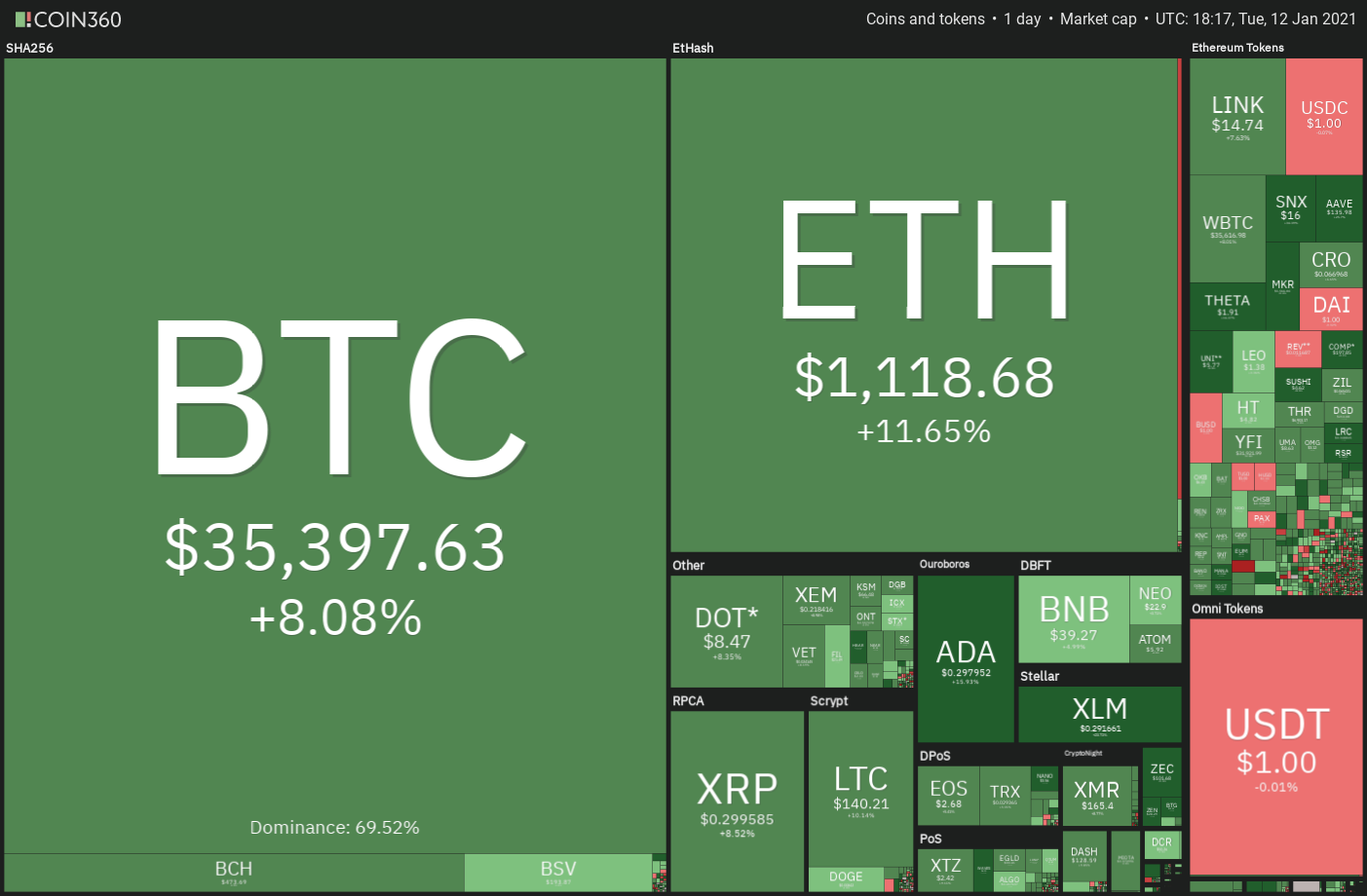 While the recent 28% decline may have scared some new investors, Bitcoin HODLers were likely unfazed as they’ve encountered six larger corrections during Bitcoin’s massive bull run in 2017. Therefore, describing a 20% fall as a bear market may not apply to cryptocurrencies.

As Bitcoin attempts to stage a recovery, let’s analyze three altcoins that may outperform in the short term.

As Ether’s price neared its all-time high, traders focused their attention on it’s competitors, one of them being IOST. In a bullish environment, traders usually buy the rumor of an impending announcement and this appears to have happened with IOST.

IOST co-founder Terrence Wang has been teasing prospective announcements about an IOST-based stablecoin, DeFi integration and big partnerships. Each of these announcements may have played some role in boosting interest from traders.

Recently, XPET’s 2D Game “Dream Monster” was launched on IOST blockchain. Players can store and trade the game’s core assets such as rare pets, equipment, genetic characteristics, attributes, and much more in the form of NFTs on the IOST chain.

IOST’s focus on a decentralized finance ecosystem and NFTs could keep traders plugged in. The project also recently received awards for being the “2020 Most Influential Public Chain” and one of the “2020 Top 100 Blockchain Companies” from China blockchain media company Jinse. While these are possibly sentiment boosters, a closer view of IOST’s technicals will determine whether the rally has room to run further or if a correction is in order. 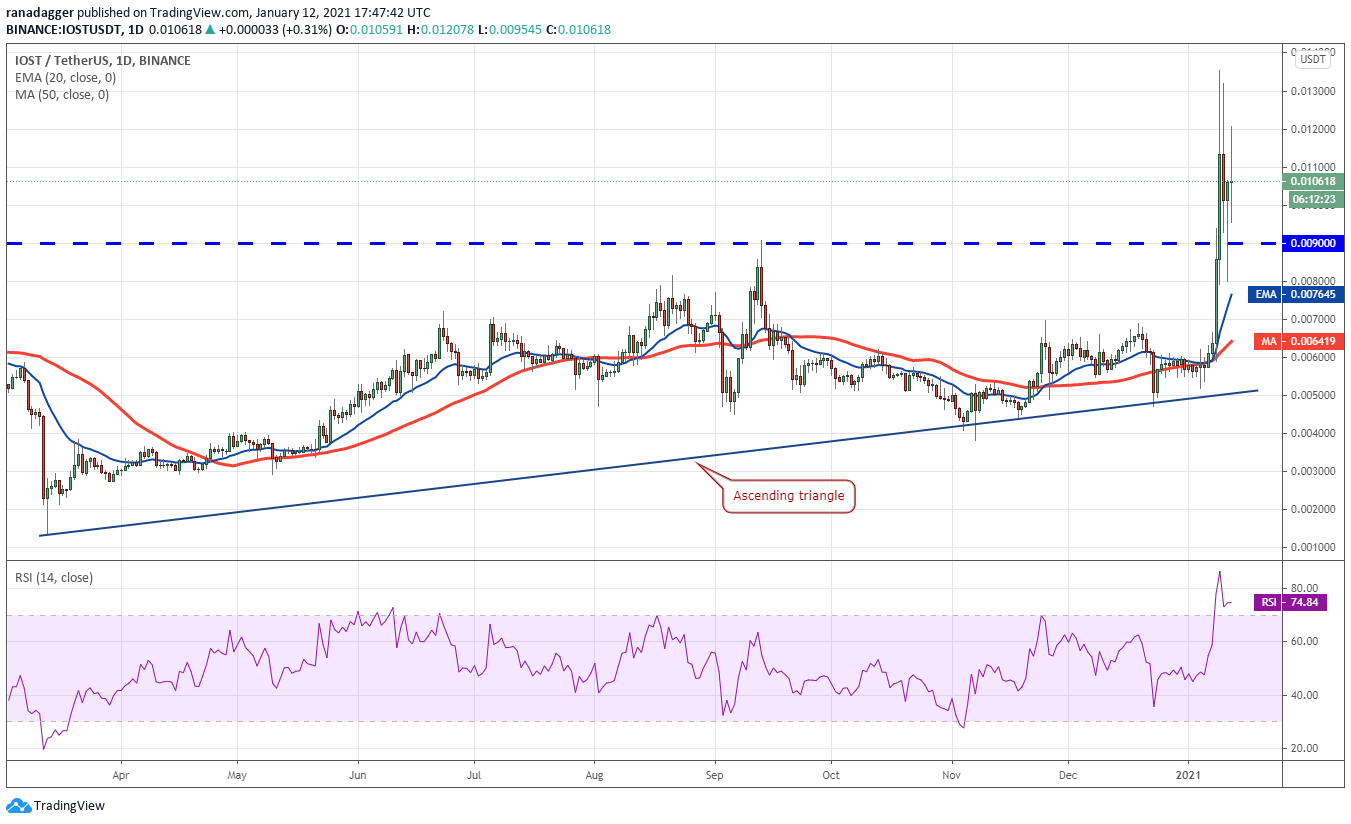 The IOST/USD pair dropped to $0.008 on Jan. 11 but the bulls purchased this dip aggressively, resulting in the formation of a hammer candlestick pattern.

Today, the bulls tried to resume the up-move but traders seem to be booking profits at higher levels, which has resulted in the formation of a long-legged Doji candlestick pattern.

This bullish view could be invalidated if the price breaks and sustains below $0.009. Such a move will suggest that the current breakout was a bull trap.

In the digital age, data privacy is one of the key factors being sought by individuals and businesses alike. On that front, Horizen (ZEN) announced that it will build a dedicated sidechain on its Zendoo platform for LTO networks, to add a layer of security to its daily network transactions while retaining the GDPR compliance side. Horizen also partnered with Dragonchain in order to obfuscate the sensitive information of its users and only share necessary data.

Bitcoin’s halvings have proven to be bullish for its price, and Horizen appears to be showing a similar trend after its first halving occurred on Dec. 1. ZEN token also listed on Binance US, Binance futures, and Binance loans recently and that could not have come at a better time.

The project’s decision to join the Messari Registry could boost trust among the community and investors. 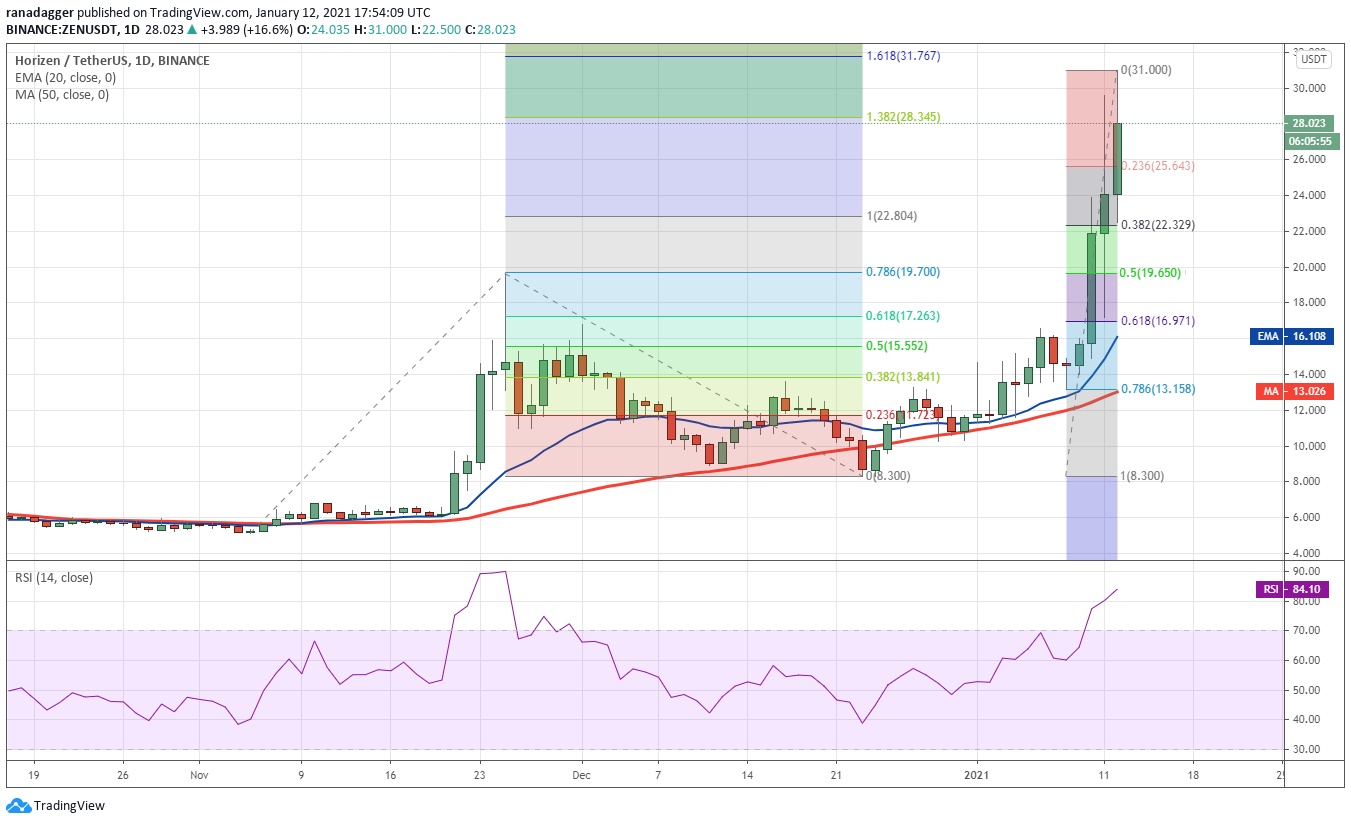 Although the bears pulled the price down to $17.211 on Jan. 11, aggressive buying at lower levels kept the uptrend intact. Today, the bulls are attempting to build upon yesterday’s recovery but the long wick on the candlestick suggests profit-booking at $31.

This bullish view will be invalidated if the ZEN/USD pair turns down from the current levels and plummets below $19.70. Such a move will suggest rejection at higher levels.

Avalanche (AVAX) has seen a flurry of activity since the launch of its full mainnet in September. The platform teamed up with Securitize, a primary issuance and compliance platform for digital securities, to issue and manage private securities, enabling crypto users to benefit from the private capital markets.

The partnership between Avalanche, Roche Cyrulnik Freedman LLP, and Republic Advisory Services allows investors to benefit from Litigation funding, opening the opportunities of a new asset class for crypto users.

Along with these, Avalanche partnered with DEX’s, Synthetics, prediction markets, and more such projects.

While these events have already been completed, the upcoming ‘Apricot’ mainnet upgrade dubbed may be keenly watched by the market participants. Another positive development underway is the integration of a bridge for ERC-20 and ERC-721 assets to move between Avalanche and Ethereum. 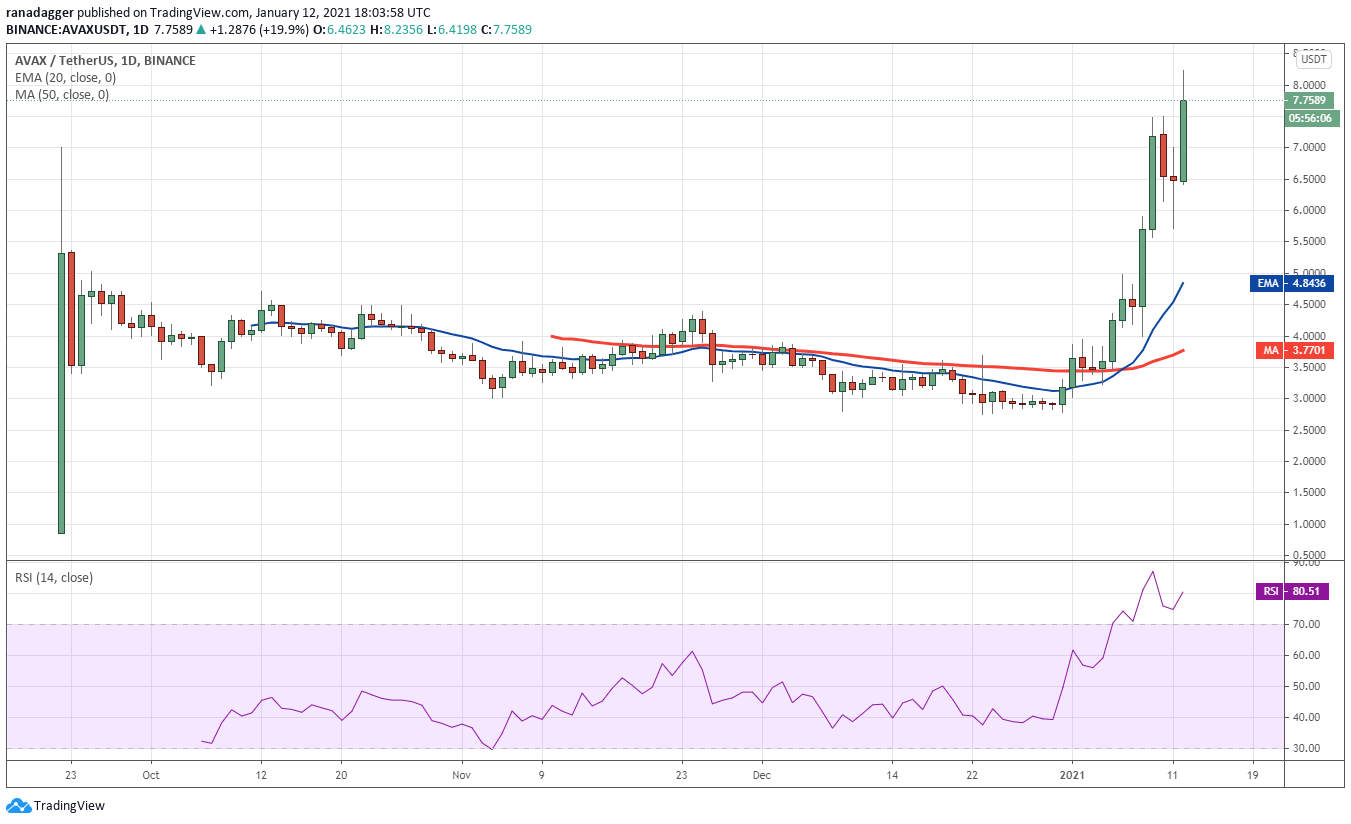 The rally of the past few days has pushed the relative strength index (RSI) into the overbought territory. While this signals excess in a mature rally, in a new uptrend, it indicates strength.

This bullish view will be invalidated if the AVAX/USD pair turns down and breaks below the Jan. 11 intraday low at $5.72. Such a move could pull the price down to the 20-day exponential moving average ($4.84).

If that happens, the pair may consolidate for a few days before starting the next trending move.