The price of Ether (ETH), the native cryptocurrency of the Ethereum blockchain, achieved $1,161 for the first time since January 2018. Immediately after it hit a new three-year high, ETH corrected to below $900.

Ether rallied due to the momentum of Bitcoin. Historically, following a strong BTC rally, altcoins saw a swift uptrend. Traders usually call this “altseason” because many altcoins tend to increase in tandem. 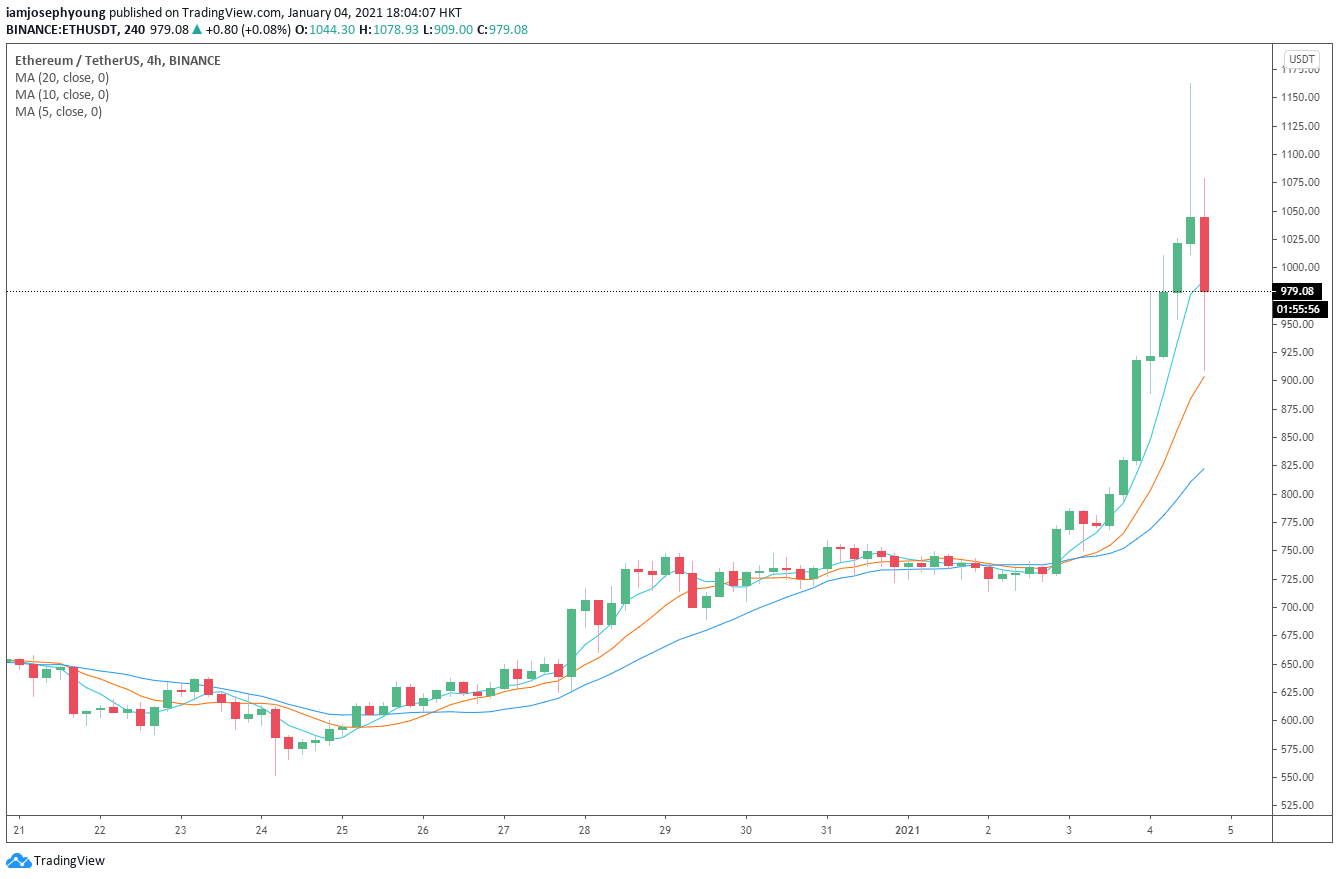 Why did Ether correct and what happens next?

Throughout 2020, the reserves of ETH on exchanges declined to historic lows. This means that there has been a lower number of ETH that could be sold on exchanges. Ki Young Ju, the CEO of CryptoQuant, explained:

However, despite the strong rally to levels unseen since January 2018, Ether swiftly pulled back. There are two main reasons behind its correction: high funding and heavy sell orders at a key resistance level.

According to data from Glassnode, the futures funding rate of Ethereum is averaging 0.2% across major exchanges.

Normally, the funding rate stays at around 0.01% when the futures market is not overheated. Analysts at Glassnode said:

“Ethereum funding rates are at a record high, breaking an average of 0.2% across major exchanges. #BitMEX is leading the pack with a funding rate above 0.4%.” 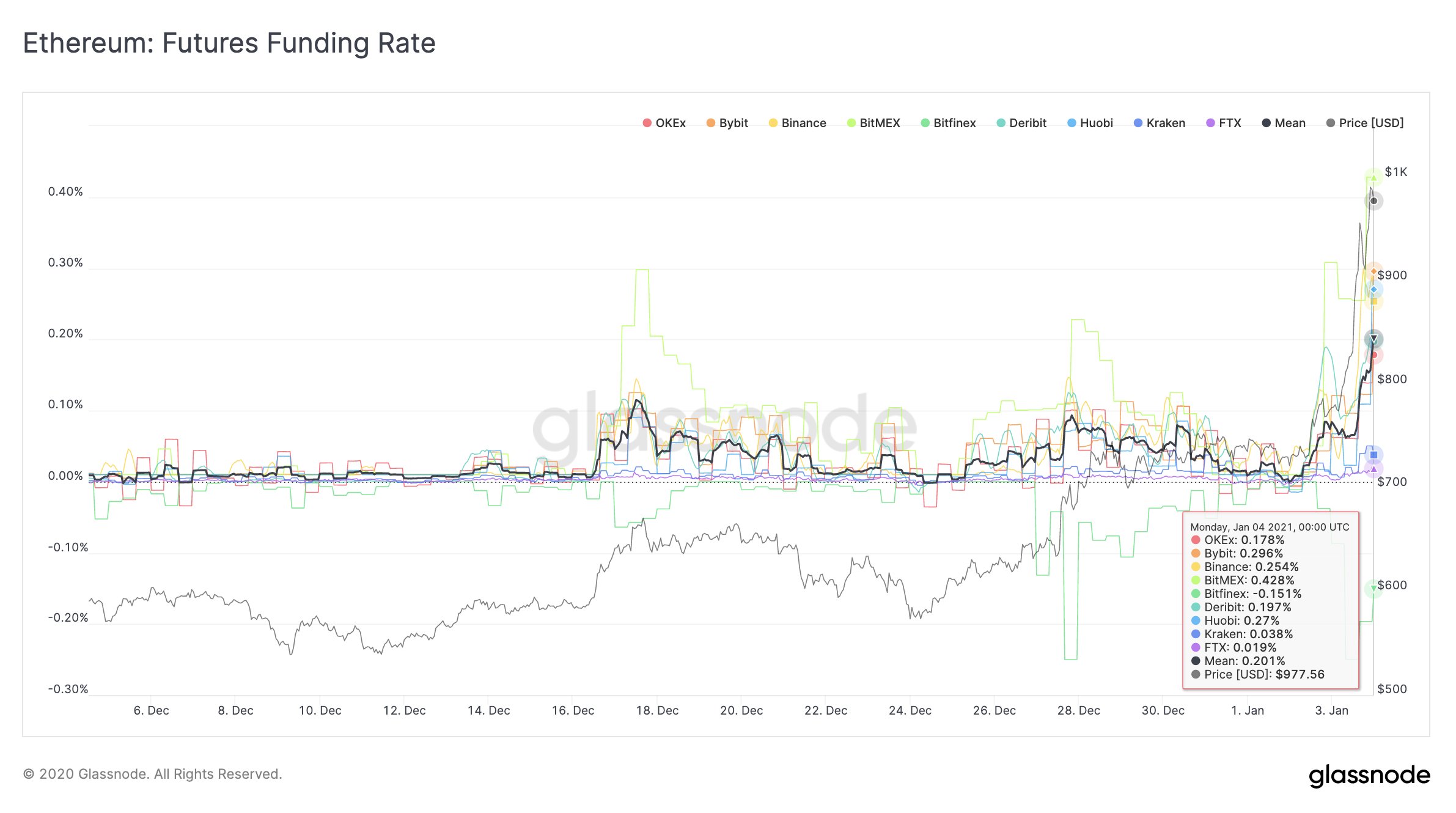 When the market is overwhelmingly swayed to buyers or long contract holders, the probability of a long squeeze rise.

The term long squeeze refers to a scenario during which long contract holders are forced to liquidate their positions when the price of Bitcoin drops. This leads the selling pressure on BTC to intensify in a short period.

Where traders see Ethereum going next

A pseudonymous trader known as “Mayne” said Ethereum rejected from the weekly supply level, which is where the price of ETH was at when the weekly candle opened on Monday. The trader said:

Market and on-chain data generally suggest that late buyers are being squeezed out by aggressive sellers. As soon as ETH surpassed $1,100, the spot market saw an increase in sell orders.

Alex Wice, one of the top-performing traders on the FTX leaderboard, shared a short position on both Ethereum and Bitcoin on social media.

The trader also similarly expressed concerns regarding the high funding rate of Ethereum and suggested that they would have to reset.