Bitcoin (BTC) continues to trade in a tightening range within a pennant pattern and while the price has moved above the 20-day moving average, it’s clear that the bulls and bears are fighting over the direction the digital asset will take.

Data from Cointelegraph Markets and TradingView show that BTC traded in a range between $34,955 and $37,850 over the weekend but traders buying each dip appear to be doing so with less bullish conviction. 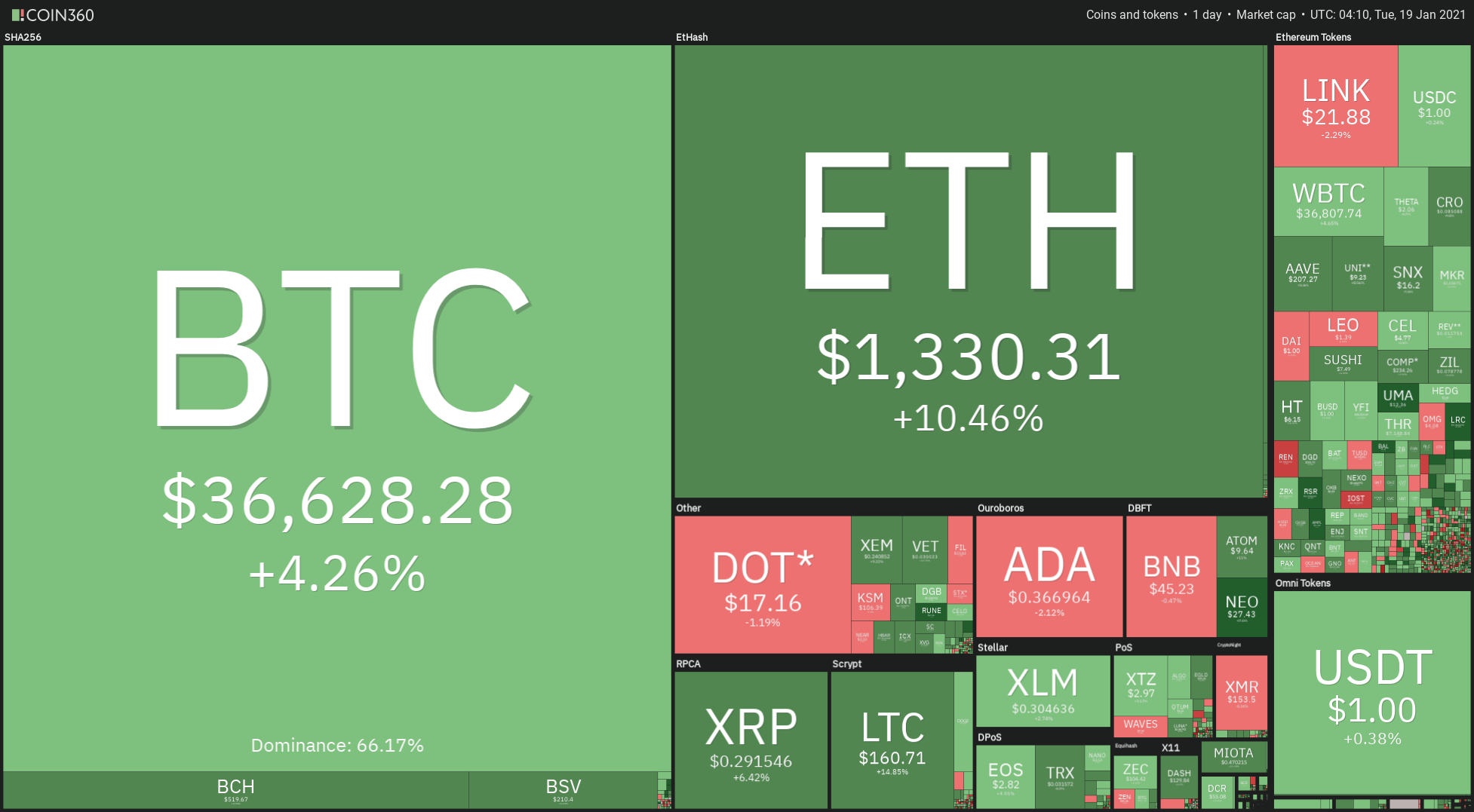 JPMorgan research analyst Nikolaos Panigirtzoglou recently stressed the importance of Bitcoin breaking out above the $40,000 level soon in order to avoid being hurt by an exodus of “trend-following” investors who could worsen last week’s correction.

According to Yves Renno, Head of Trading at Wirex, Bitcoin is in a “consolidation above the $35,500 level” but Renno still sees an overall positive trend in the market.

Renno also said that the most recent correction was actually viewed as an opportunity to buy for large, institutional-size investors, as evidenced by an increase in the number of BTC whales and a “low to average” miner supply.

Renno said that investors should expect to see a “continued period of high volatility with a positive medium-trend,” in the upcoming weeks and months based on action in the derivatives market.

“The open interest is always hitting new ATHs, which makes the market even riskier since it implies that there is a higher risk of liquidation during a correction, meaning collateral sold, which typically amplifies the corrections.” 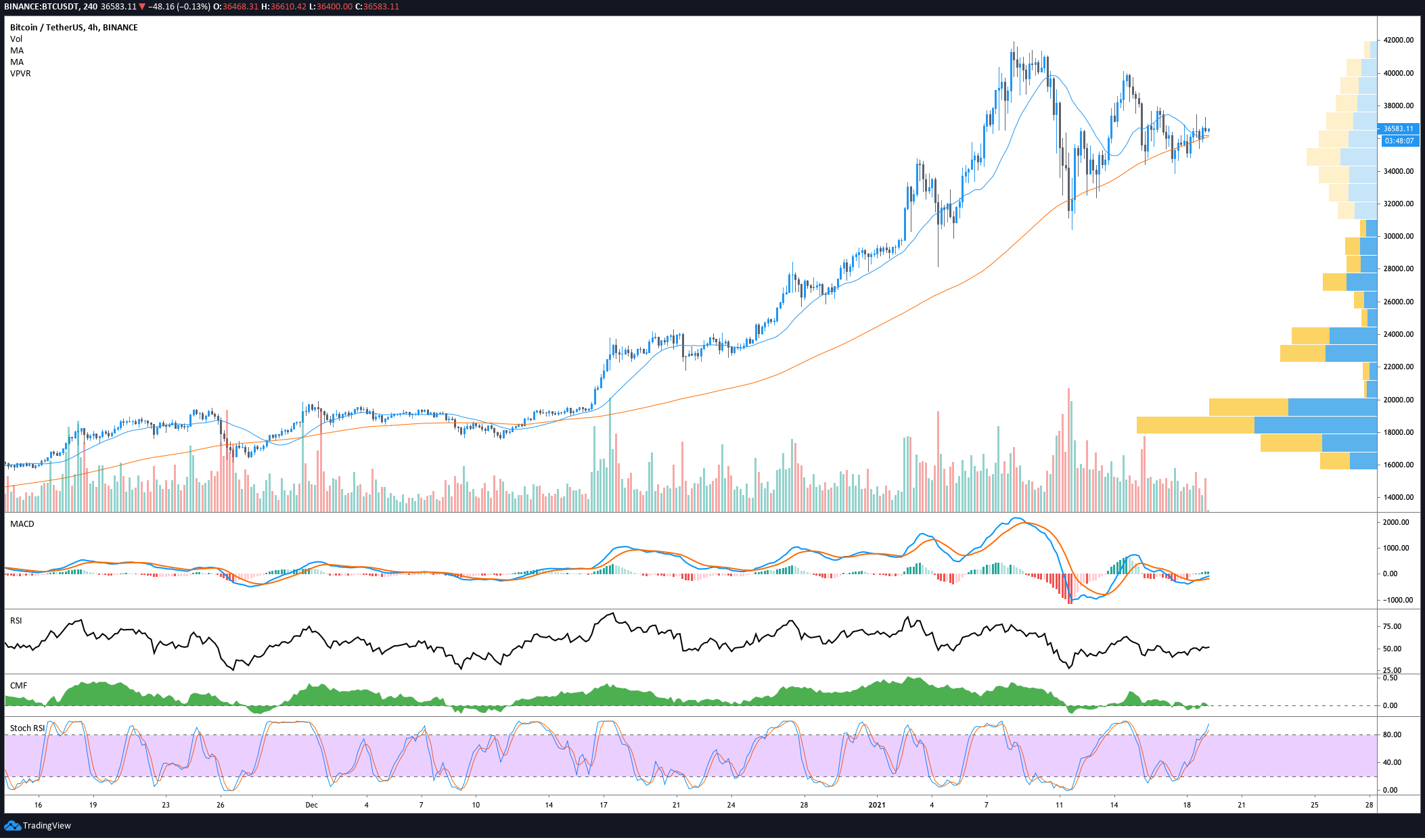 Ether (ETH) also looks to show “continued strong price momentum” as Renno sees it, driven by the Eth2 launch and upcoming CME futures launch in February. Eth2 is also expected to provide a boost to the DeFi economy in general as the ecosystem as a whole will benefit from a decrease in transaction fees and less congestion.

Positive developments on the regulatory front

News that incoming President Joe Biden intends to choose Gary Gensler, a professor who previously taught a blockchain and cryptocurrency course at MIT, as Chairman of the United States Securities and Exchange Commission, provided the crypto sector with a short-term boost in sentiment.

Bitcoin also received a significant vote-of-confidence from Stephen Harper, the former prime minister of Canada. Harper suggested that there may be a place for Bitcoin as part of “a basket of reserve currencies to replace the dollar.”

While Bitcoin price has been trading sideways, crypto pundits have been calling for Ether to breakout and follow BTC’s parabolic move. Within the last hour, Ether did manage a bullish breakout in its BTC pair and USD pair. At the time of writing, the top-ranked altcoin is up 5.43% and trades $1,327.

Despite pulling back on Monday, Polkadot (DOT) also continues to be one of the top-performing altcoins, seeing a 75% increase in price last week and flipping XRP as it sets sight on the $20 mark. Currently, DOT trades at $16.80.

Binance posted a blog post on September 27 revealing the existence of its Global Law Enforcement Training Program. Since the

Report: Korean authorities orders freeze of $67M of Bitcoin tied to Do Kwon