The price of Ether (ETH), the native cryptocurrency of the Ethereum blockchain network, achieved a new all-time high on Jan. 25.

At the same time, technical analysis shows that the ETH/BTC pair is breaking out of its multi-year downtrend hitting the highest levels since September 2019, which should be great news for altcoins in general. 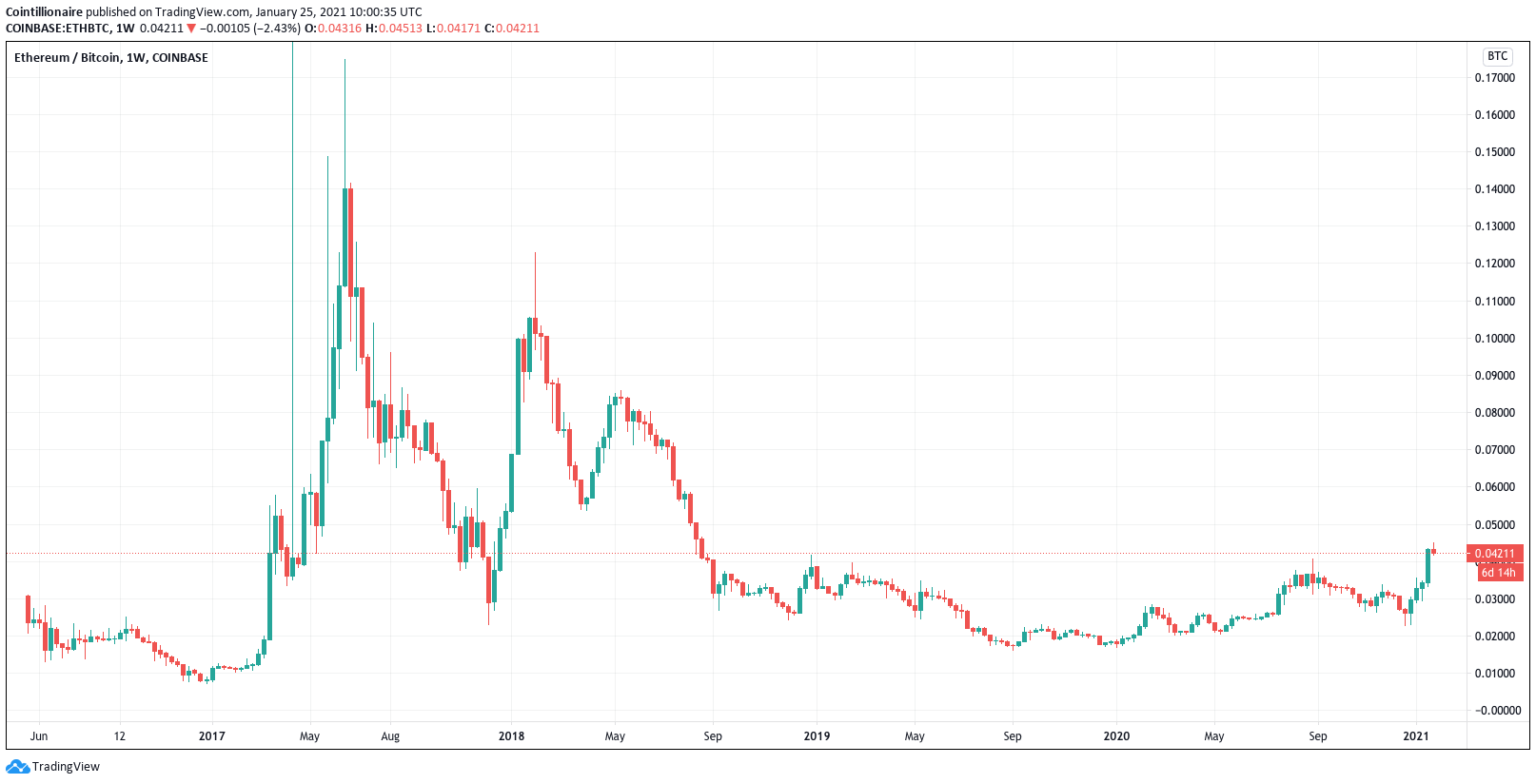 The higher highs come less than a week after ETH/USD finally broke its all-time high, surpassing $1,400 for the first time in three years.

The sentiment around Ethereum has become significantly positive after ETH managed to break its previous record price set in January 2018.

Anthony Sassano, a long-time Ethereum investor and the head of marketing at Set Protocol, said that the rally is representative of the groundwork accomplished by developers in the Ethereum ecosystem throughout the past three years. 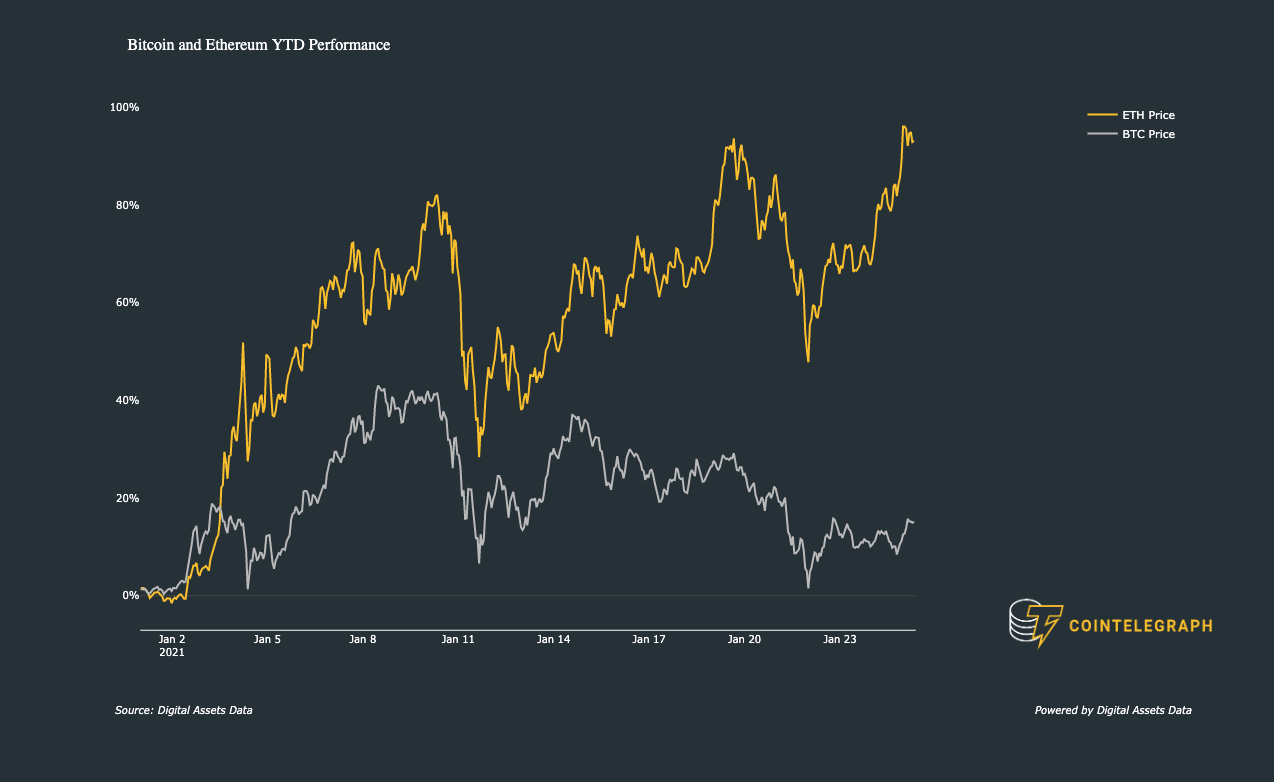 Throughout the 2019 bear cycle, ETH was hit the hardest among other large-cap cryptocurrencies. It consistently underperformed against BTC, struggling to gain upside momentum.

But the newfound momentum as a result of the rising demand for DeFi has allowed ETH to outperform Bitcoin in the recent bull cycle. Sassano said:

“This may be hard to believe but the main reason I get so giddy about $ETH going up in price is not the profits. It’s the fact that so many dedicated Ethereum community members spent 3 long years building during a brutal bear market. And now their work is being rewarded.”

On-chain data also demonstrate a similar trend alongside numerous other indicators that suggest the ETH price rally may only be beginning.

For example, according to researchers at Santiment, the development activity on Ethereum followed a similar trajectory as the price of ETH. 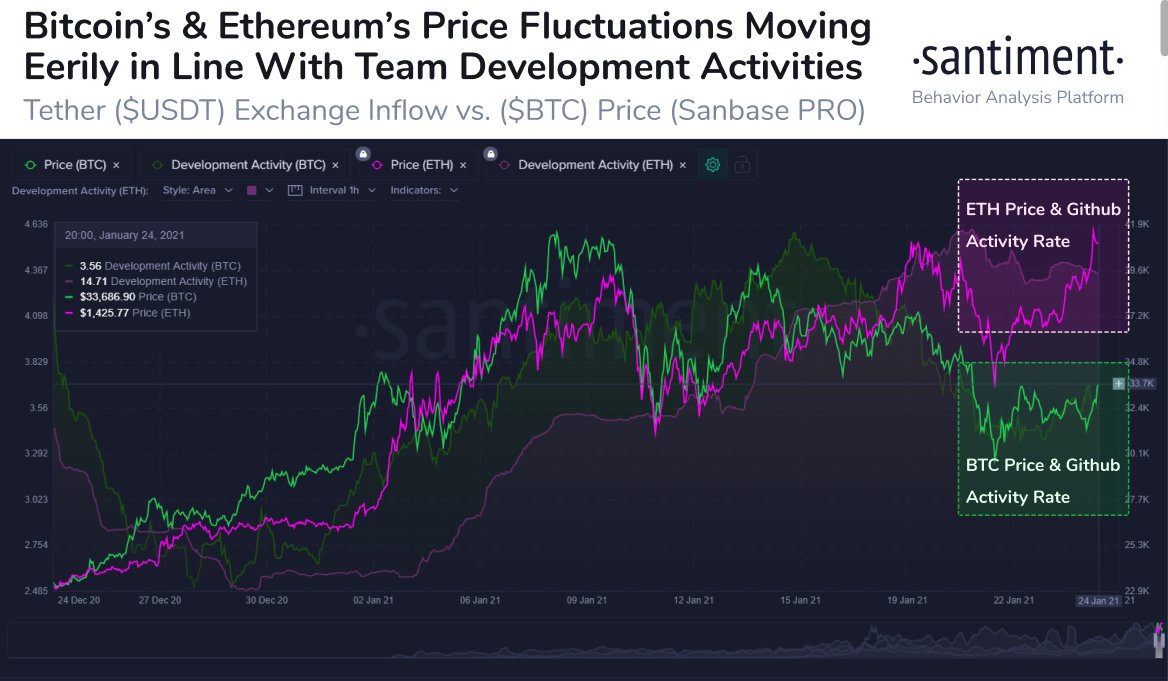 This trend shows that the ongoing ETH rally is led by strong fundamentals and high developer activity, which makes it more sustainable. The researchers said:

“Both #Bitcoin and #Ethereum have made respective runs of dominance over one another here in January. We’ve just noted that each projects’ #Github development activity rate is fluctuating closely to the respective price of $BTC and $ETH.”

Following the rally, analysts say that the momentum of ETH and the Ethereum network’s network effect shows that it is a blue-chip asset in the cryptocurrency market.

Alex Saunders, a cryptocurrency investor, said that “most agree” about Ethereum’s qualities as a blue-chip asset. He said: 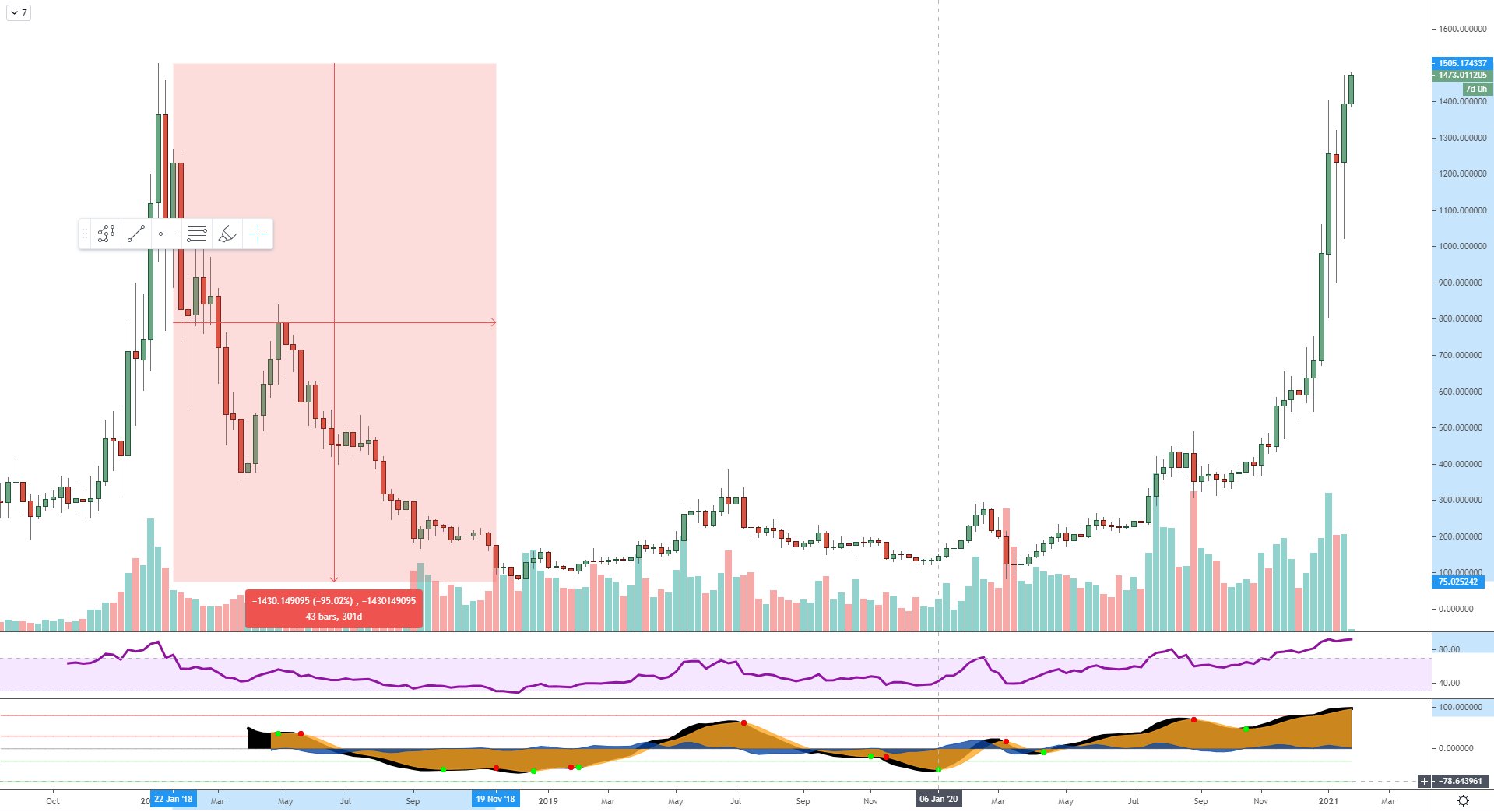 In the foreseeable future, there are two scenarios for ETH. The price of ETH could rally after the CME futures listing in February, due to large institutional capital inflows.

On the other hand, ETH could also see a pullback after breaking its all-time high, as the momentum of the ETH/BTC pair cools down. For example, the pair pulled back on Jan. 21 shortly after Ether broke its all-time high in the USD pair.

There is a case to be made that the Bitcoin dominance index begins to rebound after a two-month-long altcoin season, which could lead ETH to see a consolidation phase in the short term.