Recent Bitcoin (BTC) outflows from Coinbase are reminiscent of the “proof-of-keys” days and could be a sign of a bullish future, according to CryptoQuant CEO Ki Young Ju.

Data from the cryptocurrency analysis firm shows that more than 15,200 BTC, currently worth over $515 million, were withdrawn from Coinbase on Jan. 31.

According to Ki Young Ju, the withdrawal “went to custody wallets that only have in-going transactions,” and was likely an “OTC deal from institutional investors” based on several identifiers.

As to why Coinbase outflows are a bullish sign for the top cryptocurrency, Ki Young Ju linked to a previous tweet from Dec. 18 which states that “if Coinbase moves a significant amount of Bitcoins to other cold wallets, it indicates OTC deals” which are non-exchange transactions.

“Since the price is eventually determined on exchanges, massive non-exchange transaction volume is considered as a bullish signal. These transactions include OTC deals.” 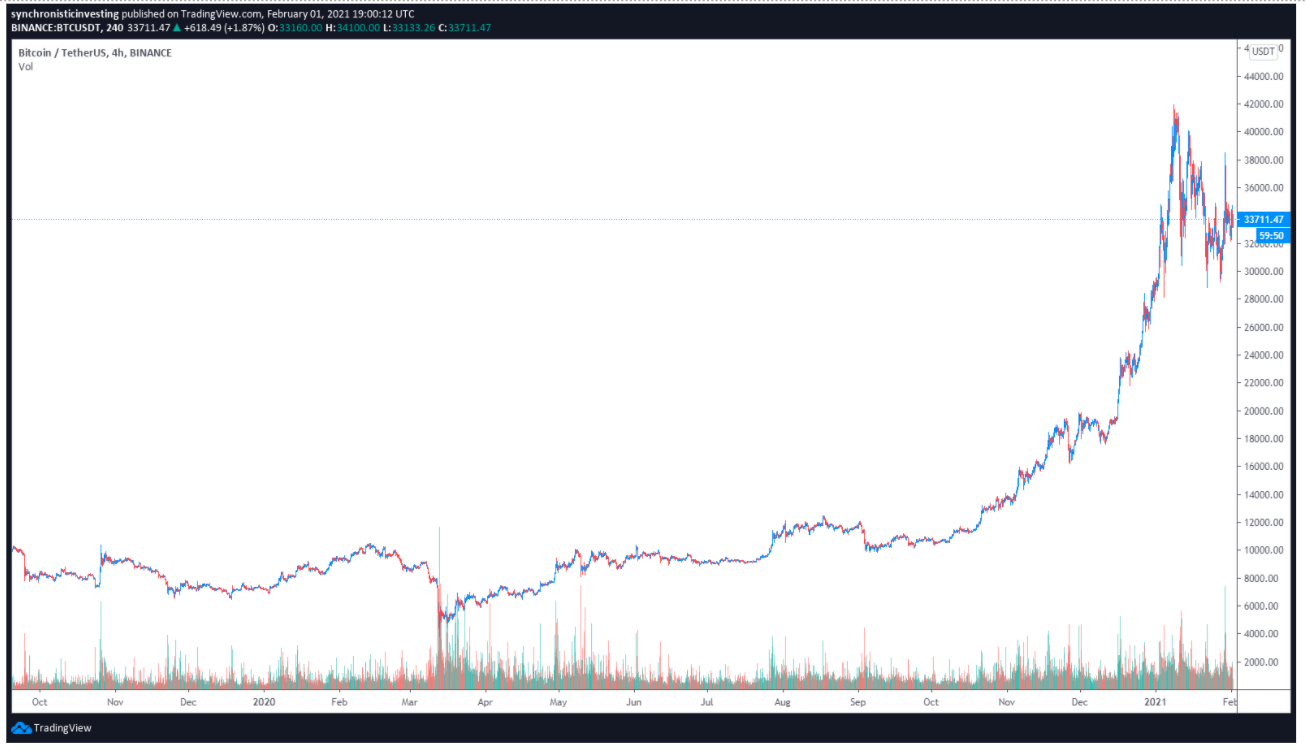 The slow inflow of institutions into the cryptocurrency sector is helping to increase the legitimacy of the crypto sector as a whole and appears to be providing a certain level of support for the price of BTC as the available supply continues to be locked away in cold custodial wallets.

While the media were pointing to Bitcoin’s price drop from $42,000 to below $30,000 as a sign that the BTC bubble had popped once again, the purchase of 4,000 BTC on Feb.1 indicates that institutions have instead seen this as an opportunity to buy the dip and are taking full advantage of this buying opportunity.