Bitcoin has failed to break above $40,000 again and has stalled beneath $39,000. The altcoin situation is significantly more volatile, with Ethereum jumping north of $1,200 and Polkadot surpassing XRP as the fourth-largest crypto following a 30% surge.

The alternative coins demonstrated high volatility levels in the past week, with massive drops during the Black Monday crash and rapid recovery sessions in the days that followed.

Most large-cap ones have remained relatively calm on a 24-hour scale, though. Ripple and Litecoin have marked minor losses, while Binance Coin (2%), Cardano (2%), and Bitcoin Cash (1.7%) are slightly in the green.

Chainlink also came inches away from its record price after a 16% surge to north of $18. Nevertheless, Polkadot is the most significant gainer from the top ten with an impressive 30% price jump to a new ATH of nearly $15 (on Binance).

Moreover, DOT surpassed XRP in terms of market cap, according to data from CoinGecko.

Further gains are evident from lower- and mid-cap altcoins. HedgeTrade has seen the largest pump of 210% to over $2. On a weekly scale, HEDG is more than 320% up.

The total market cap has remained above the coveted $1 trillion mark.

Bitcoin also went through a highly-volatile week that saw a $12,000 price drop on Monday and a subsequent recovery that led to BTC touching $40,000 just yesterday.

However, the primary cryptocurrency failed to maintain above that level and slipped to an intraday low of $37,600 a few hours ago. Although BTC added a few hundred dollars of value since then, it still trades beneath $39,000.

BTC’s inability to spike above $40,000 has enabled the rising altcoins to reduce bitcoin’s dominance to 68.3% from about 69% yesterday. 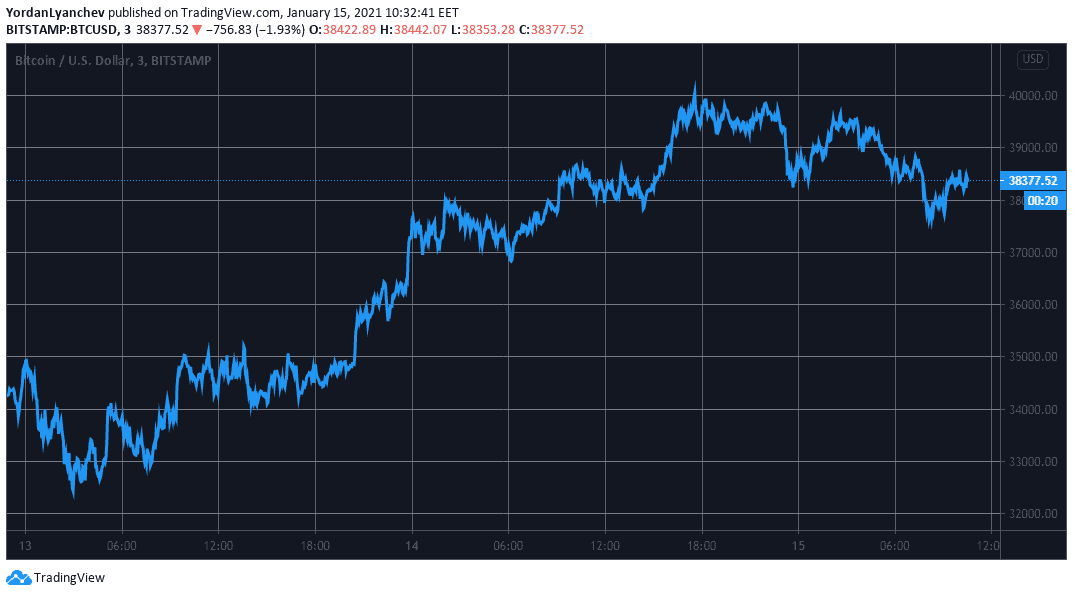