On Feb. 8 Bitcoin (BTC) price broke out to a new all-time high at $46,794 after documents from Tesla revealed that the company had allocated 7.7% of its gross cash position to BTC. The purchase gives Tesla a sizable $1.5 billion position in the top-ranked digital asset.

Data from Cointelegraph Markets and TradingView shows Bitcoin is currently up by 18.5% and trading near $46,000. Meanwhile, the majority of altcoins and DeFi tokens have also surged to notch double-digit gains for the day.

While some analysts are speculating on which large company will be the next to jump on the Bitcoin train, Royal Bank of Canada Dominion Securities analyst Paul Steves thinks that Apple will be the next institutional player to join the trend.

According to Steves, if Apple were to launch a crypto exchange or buy Bitcoin, it could lead to an estimated $40 billion in annual revenue.

Bitcoin’s bullish price action came at a crucial time as the digital asset had seen a decline in overall sentiment in recent days as the price struggled to break above the $38,000 level.

Dogecoin (DOGE) also broke out as bulls pushed the popular meme coin to a new all-time high at $0.0839. This move came shortly after Mark Cuban gave a nod of approval by calling the altcoin the “best entertainment bang for your buck available” in the crypto market.

When a Forbes reporter asks me about #dogecoin and whether it’s a bad look for crypto when people are buying it pic.twitter.com/YGs27Vdsxo

Cardano (ADA) price rose to a new mulit-year high at $0.72, an increase of 100% since Feb. 1, after the successful testnet implementation of smart contracts and the potential of future DeFi integration boosted investors’ outlook for the project.

Investor optimism involving the possibility of a new round of stimulus from the U.S. government, including direct payments of $1,400 and a tax credit of $3,000 per child, helped bolster the traditional markets on Monday.

Altcoins also benefited from BTC bullish momentum and many rallied by double-digits and standouts like Terra (LUNA) and BitTorrent gained in excess of 100%. 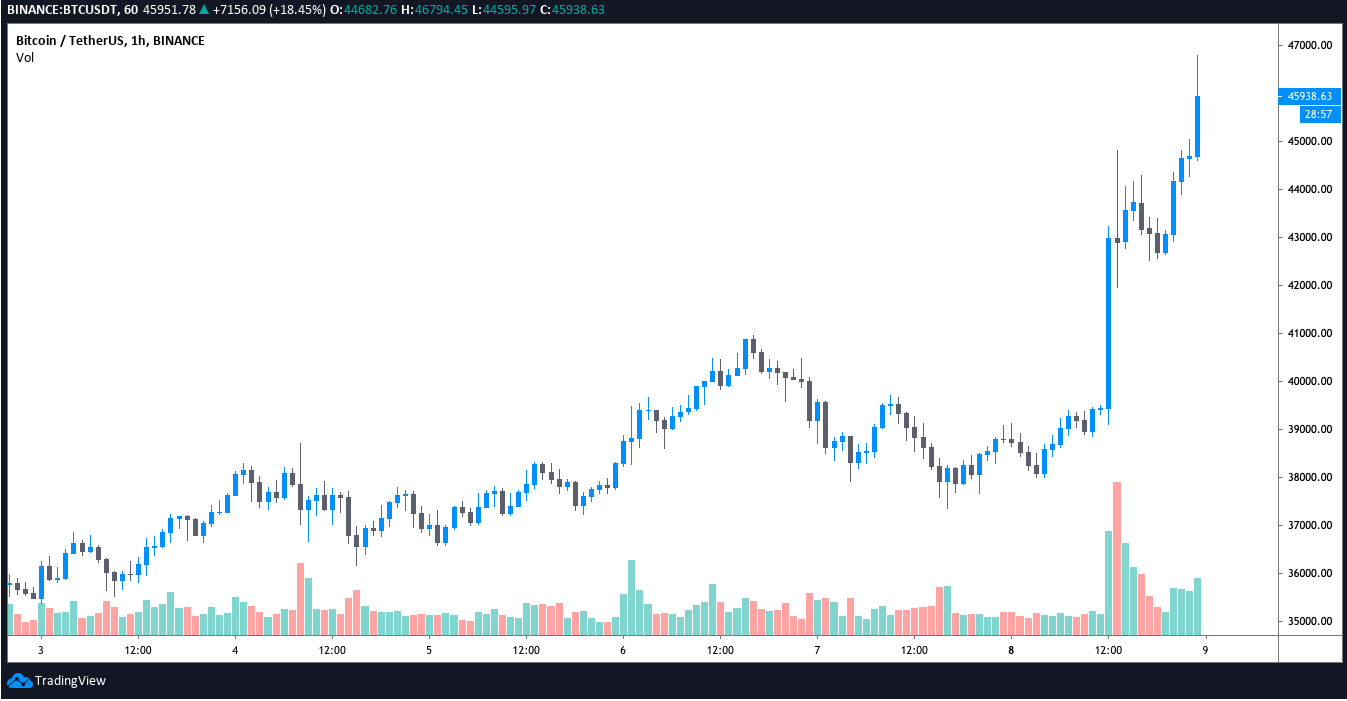