A quick glance at the 4-hour chart shows the top-ranked cryptocurrency trading in what appears to be a brief phase of consolidation but BTC is still maintaining its bullish momentum through a pattern of higher highs and higher lows.

If BTC can maintain its current pace and structure, a move to the $50,000 level could possibly occur before the weekend ends. 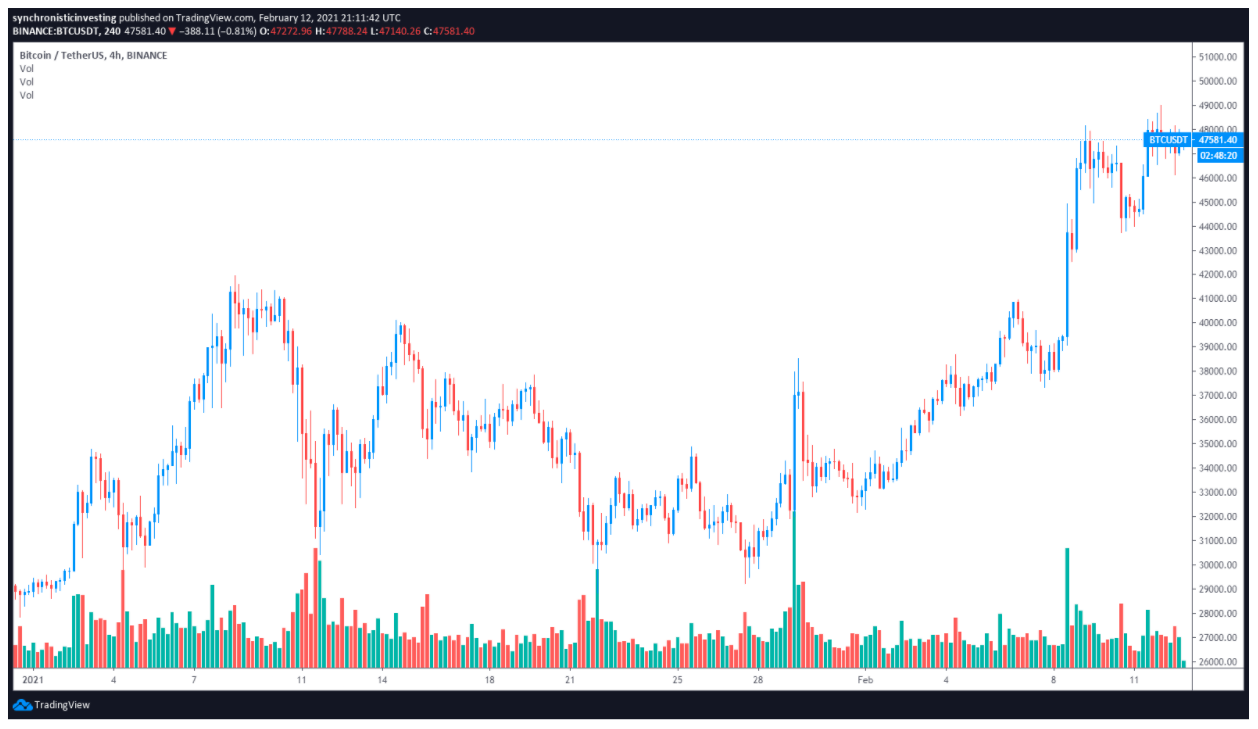 A report released by analysts at Decentrader shows that as Bitcoin’s liquid supply has been decreasing, demand for the top cryptocurrency has been increasing as the number of BTC that have not moved on-chain for an extended period of time also rises. 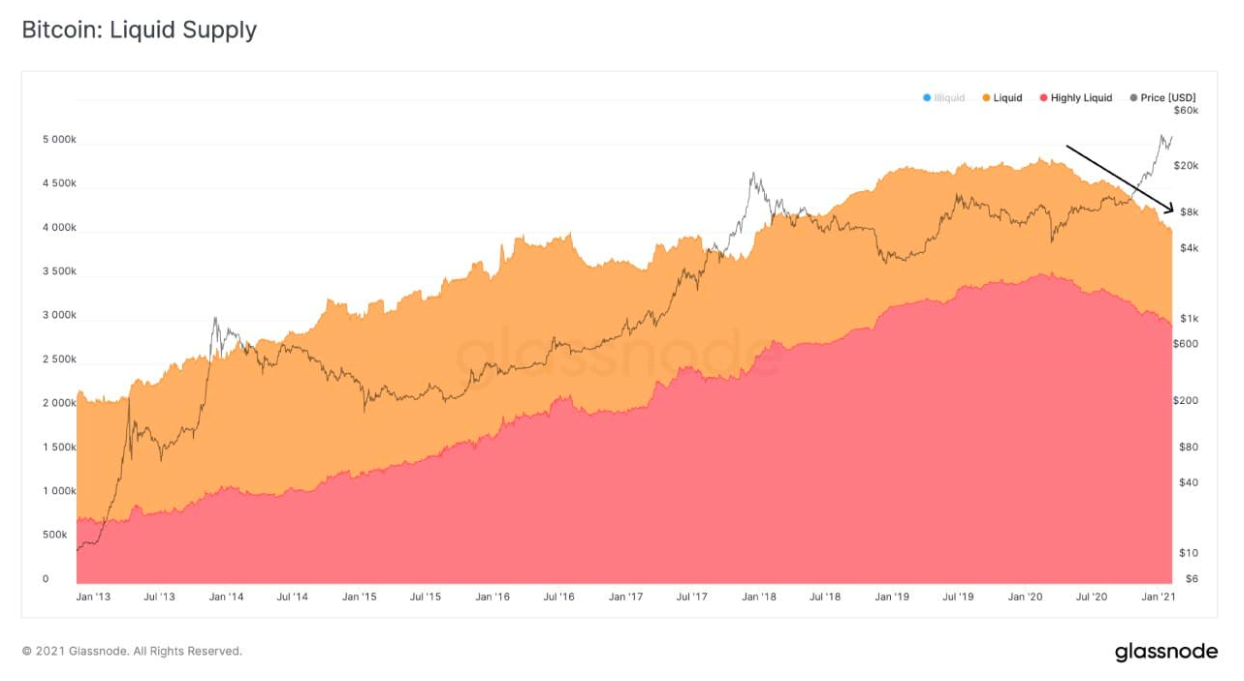 As can be seen on the chart above, BTC currently has a liquid supply of roughly four million coins and the figure has been steadily decreasing since June 2020 as whales and institutional investors increase their exposure to this nascent asset class.

Further evidence of the growth of big-money players can be found by looking at the surge in wallets holding more than 1000 BTC. 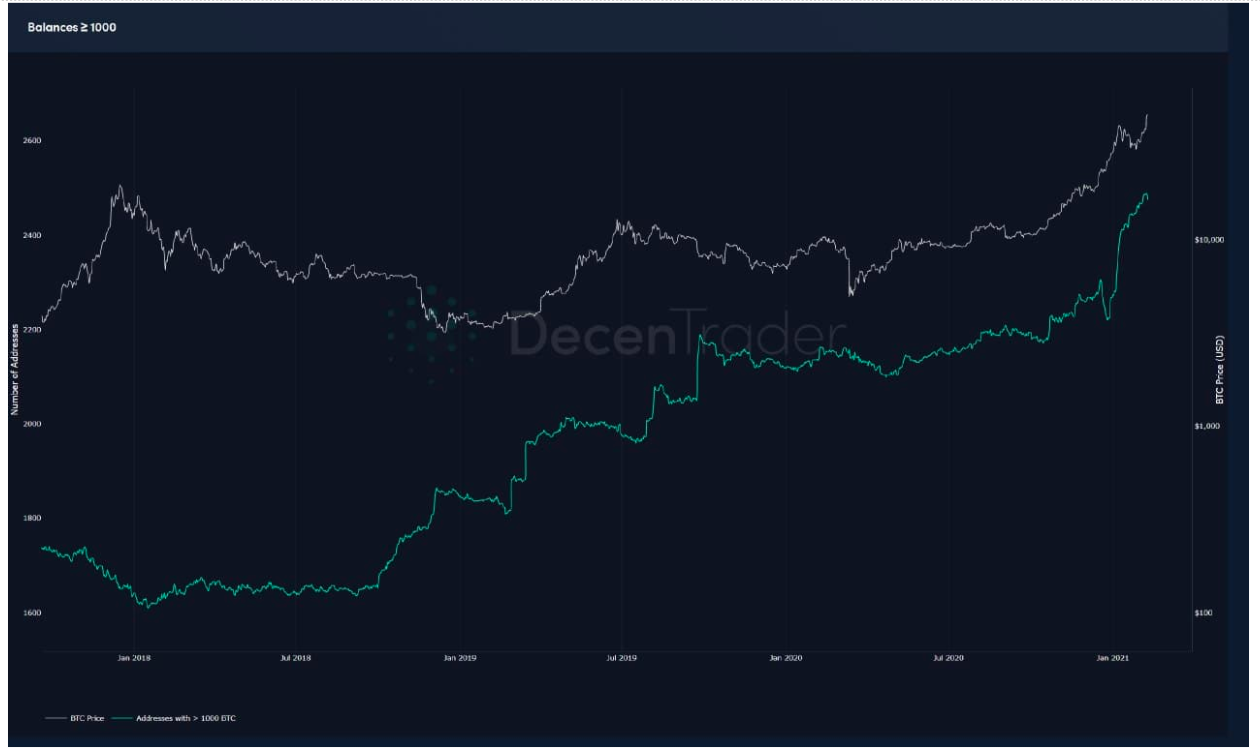 As the number of large wallets grows, the number of smaller wallets has remained flat or decreased, indicating that “larger players are scooping up bitcoin off smaller players.”

Additional bullish news for the cryptocurrency sector came as PayPal announced that it plans to extend its crypto services to residents of the United Kingdom.

This marks the first time users outside of the U.S. will be able to purchase crypto through the platform which should be available on the PayPal and Venmo apps by the end of Q2 2021.

In an effort to keep up with the likes of PayPal and the Cash App, Apple Pay has unveiled a new partnership with BitPay that will allow Apple Wallet users to use their BitPay card to make purchases.

It has also emerged that Grayscale Investments may soon bring a new level of exposure to decentralized finance as a newly filed corporate registration in the State of Delaware shows that the asset manager is considering Yearn Finance as a potential future offering.

Traditional markets faced early pressure on Friday following the Feb.11 announcement that federal regulators have launched probes into Robinhood and Reddit for signs of market manipulation related to the recent wild moves seen in stocks like GameStop and AMC.

After weathering the early downturn, all three major indices managed to climb higher and finish the day in the positive with the S&P 500 and NASDAQ closing out the session at record levels, up 0.47% and 0.50% respectively. The Dow also managed to squeeze out a positive gain of 0.09%. 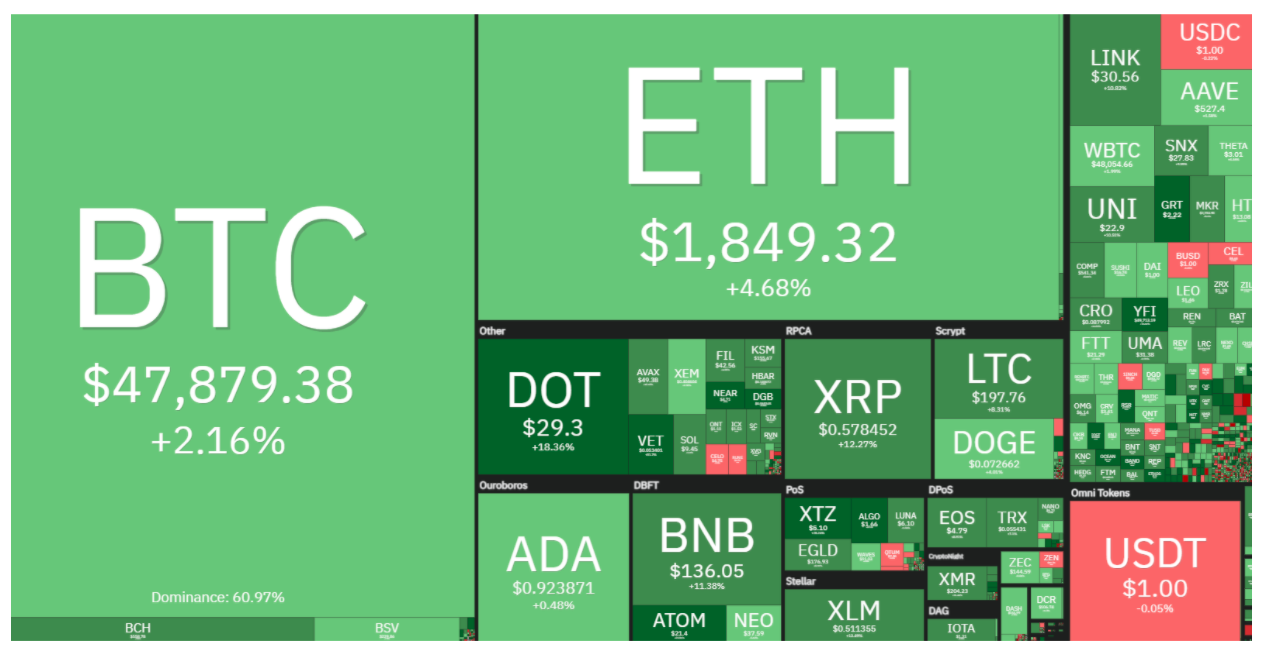 Ether (ETH) ventured deeper into uncharted territory on Friday by setting and set a new all-time high at $1,863, while Polkadot (DOT) was the best performing top-10 coin, experiencing an increase of 21% overnight for a new high at 29.52.