On Tuesday, Ether (ETH) underwent a bullish breakout which propelled the price to a new all-time high at $1,428.

While the move may have been technical, the fundamentals for Etheruem continue to improve as less than one month after launch there is now $3.8 billion worth of ETH locked on the Eth2 blockchain.

The rapid rise in price has clearly attracted the attention of pro traders but Cointelegraph analyst Marcel Pechman warns that Ether’s rise to a new high was also accompanied by a large increase in short positions. 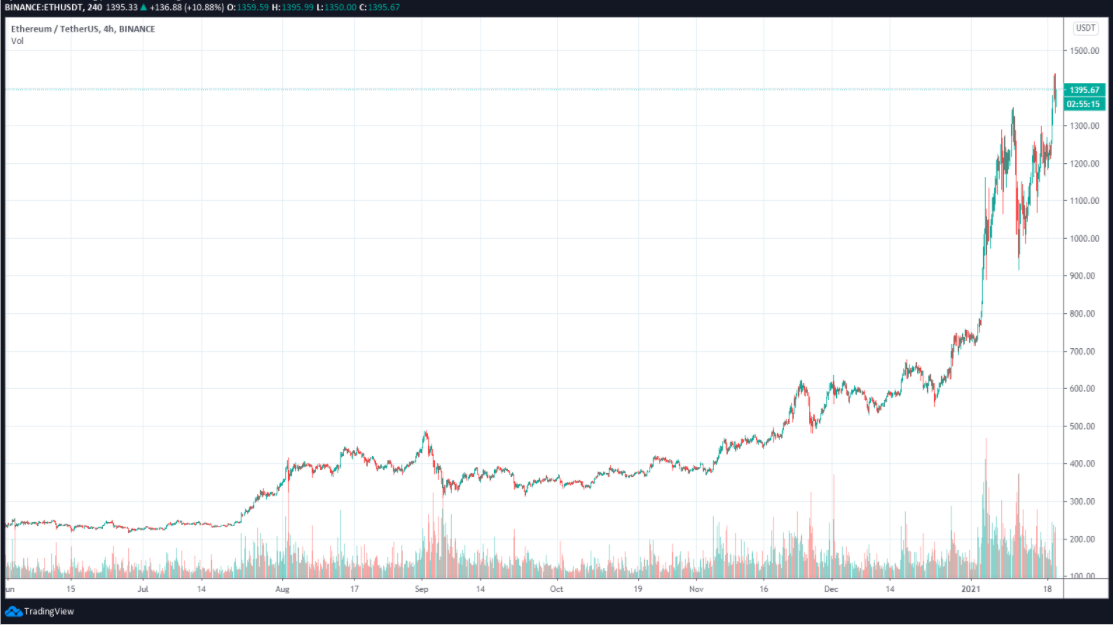 Ether’s break to a new high had little effect on Bitcoin price and it appears that critical comments from former U.S. Federal Reserve chairwoman, Janet Yellen, had a negative impact on the wider market today.

Yellen, who has been nominated as President-Elect Biden’s Treasury Secretary, said that cryptocurrencies are being used “mainly for illicit financing.” She issued the comments during a hearing with the Sentate Finance Committee and also advocated for major fiscal stimulus by telling Congress to “act big” when it comes to aid for the ailing U.S. economy.

Despite today’s slight correction, institutional investors are still bullish on Bitcoin’s long term prospects. A recent projection from hedge fund Vailshire Capital Management called for an “imminent breakout” and PlanB, the creator of the popular Stock-to-Flow model, has predicted that Bitcoin price could close the month near $48,000.

Unlike the crypto market, traditional markets ended the day with strength as Yellen’s call for additional economic stimulus are viewed as a positive by Wall Street. The S&P 500, Dow and NASDAQ all finished the trading day off strong following Yellen’s remarks, closing up 0.81%, 0.38%, and 1.5% respectively.

Enjin (ENJ) price rallied 71% after the project was legally authorized for trade by the Japanese Virtual Currency Exchange Association (JVCEA). Aside from Ether (ETH), the best performing top 20 coin over the past 24-hours was Bitcoin Cash (BCH), up 7.46% and trading at $546.