Bitcoin (BTC) is riding high on a wave of positive sentiment as it prepares to take on $50,000.

After a volatile weekend which saw a new all-time high, expectations are putting Bitcoin back in the spotlight as a fundamental level comes into play — what’s in store?

Cointelegraph considers five factors which could serve to move the market in the coming days.

Stocks gain while the dollar dives

Stocks are climbing, building on a record-breaking rally which has seen many indexes already shoot higher than ever.

Despite warnings that the good times may soon end, including from Warren Buffett’s market indicator last week, markets began Monday in the green. 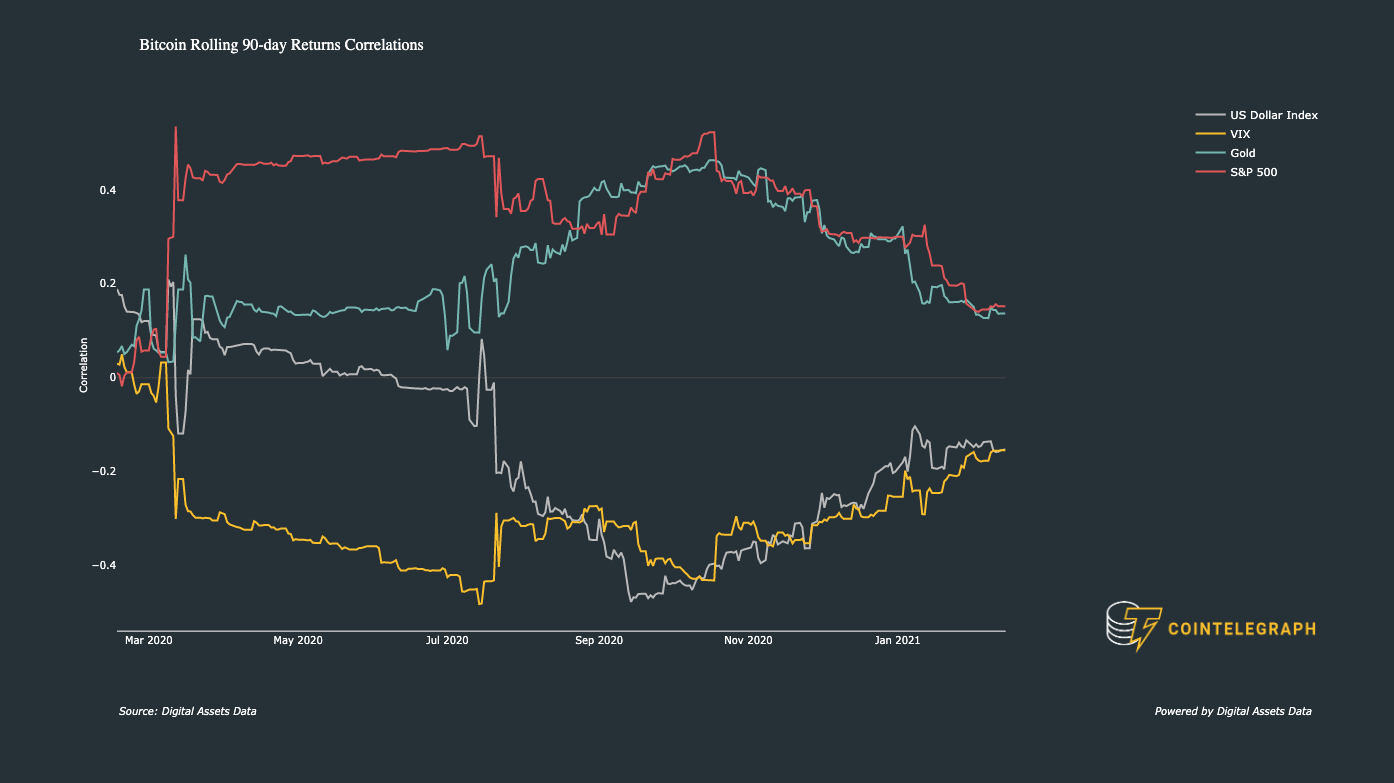 At the same time, the strength of the U.S. dollar continues to falter. The U.S. dollar currency index, which measures USD against a basket of trading partner currencies, abandoned its latest attempt at a rebound over the weekend to test support at 90 once again.

The index has been in a bearish mood for much of the past year, and Bitcoin has in turn gained from periods of express weakness and seen a retreats during trend-bucking comebacks.

Long term, however, central bank money printing is ensuring that in many jurisdictions, the economic environment does not revert to its former character any time soon.

Responding to a Valentine’s Day post from the European Central Bank (ECB), Saifedean Ammous, author of the popular book, “The Bitcoin Standard,” had little sympathy. The institution had promised to “keep financing conditions favourable ‘Til the crisis is through.”

“This is why fiat people spend their pathetic lives hyperventilating over one imaginary crises to another,” he responded.

“Lots of brrrrrr to be made whenever there’s crisis!” 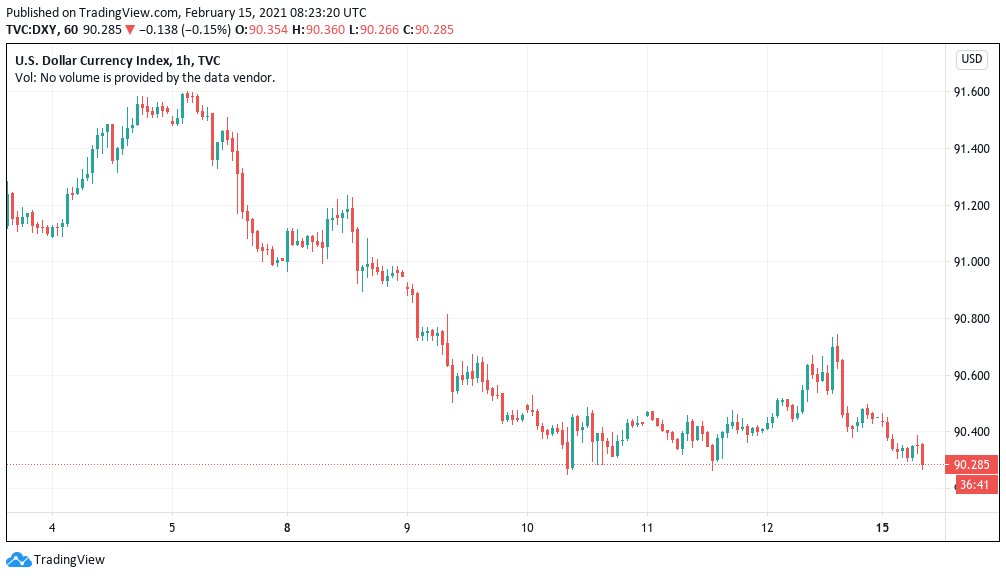 When it comes to Bitcoin specifically, it’s (mostly) about the short term for investors this week.

One event in particular — how and when the largest cryptocurrency will break $50,000 — is a talking point across the industry.

The weekend produced a concerted effort to crack the latest psychologically significant level, with a classic “out-of-hours” bout of volatility producing new all-time highs of $49,714.

With sellers lined up at the final hurdle, however, $50,000 eluded the bulls and BTC/USD retreated lower before continuing to consolidate at around $47,000.

Van de Poppe had frequently warned that Bitcoin’s vertical upside could not sustain without multiple, and sometimes intense, pullbacks. 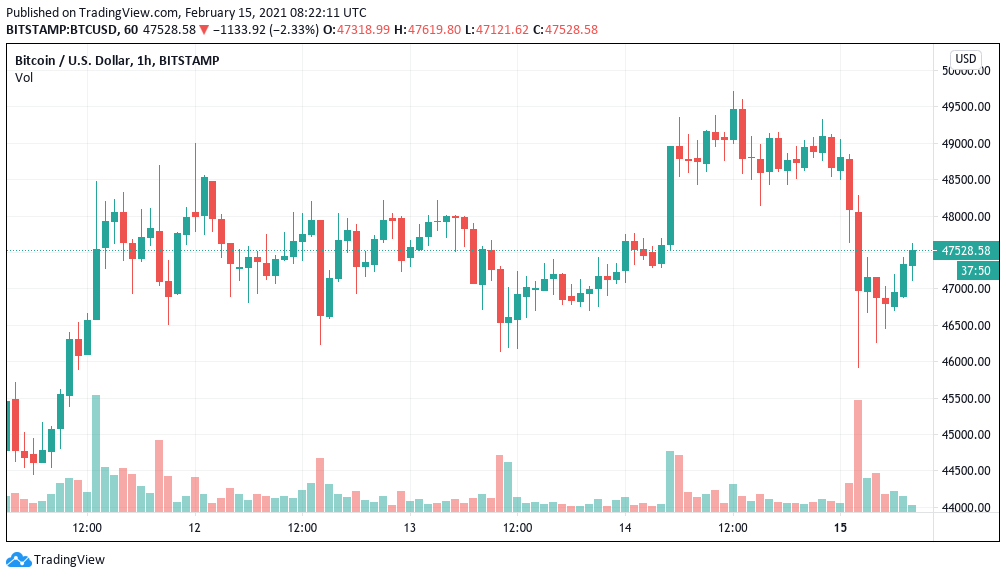 In his own forecast, meanwhile, fellow analyst filbfilb produced a new chart with a potential end-of-month BTC price as high as $78,000.

“The continually good news narrative we have seen makes me think this is entirely possible,” he added in comments on Twitter.

“50k could easily be a squeeze, that’s what the volume says anyways.”

The target expands filbfilb’s previous expectations of $52,000 forming the next point of consolidation before a run to $63,000.

Noncoiner-naysayers feel the game is lost

Filbfilb’s “good news narrative” refers to an ongoing phenomenon reminiscent of the domino effect among major institutions reevaluating and flipping bullish on Bitcoin.

At the same time, opponents of its success appear to be increasingly despairing at their lack of ability to stop it via traditional means.

A key case in point is Nigeria, which last week saw its own politicians admit that Bitcoin had destroyed the value of its national fiat currency, the naira.

“Cryptocurrency has become a worldwide transaction of which you cannot even identify who owns what,” Senator Sani Musa said.

“The technology is so strong that I don’t see the kind of regulation that we can do. Bitcoin has made our currency almost useless or valueless.”

The picture could not be more different than the fortunes of those already, to a greater or lesser extent, on a “Bitcoin standard.”

Even Tesla, which bought in at the start of 2021, is already up 40% on its $1.5 billion treasury conversion. On the back of fellow pioneer MicroStrategy’s dedicated “Bitcoin for Institutions” summit earlier this month, similar stories are likely to follow.

As Cointelegraph often reports, various indicators both simple and complex point to the potential for considerable Bitcoin price upside across timeframes.

Zooming out, however, new data simply governing spot price highlights what one analyst believes is almost a carbon copy of the previous bull cycle.

“It’s pretty mindblowing that the Bitcoin chart is damn near IDENTICAL to Aug. 2017,” Jack Purdy, a researcher at data provider Messari, tweeted on Sunday.

“Anyone need a refresher for what happened next?”

Responding, Glassnode CTO and co-founder Rafael Schultze-Kraft calculated that based on its current position in the cycle, BTC/USD has the position to go to $274,000 — an increase of 471% in line with 2017 behavior. 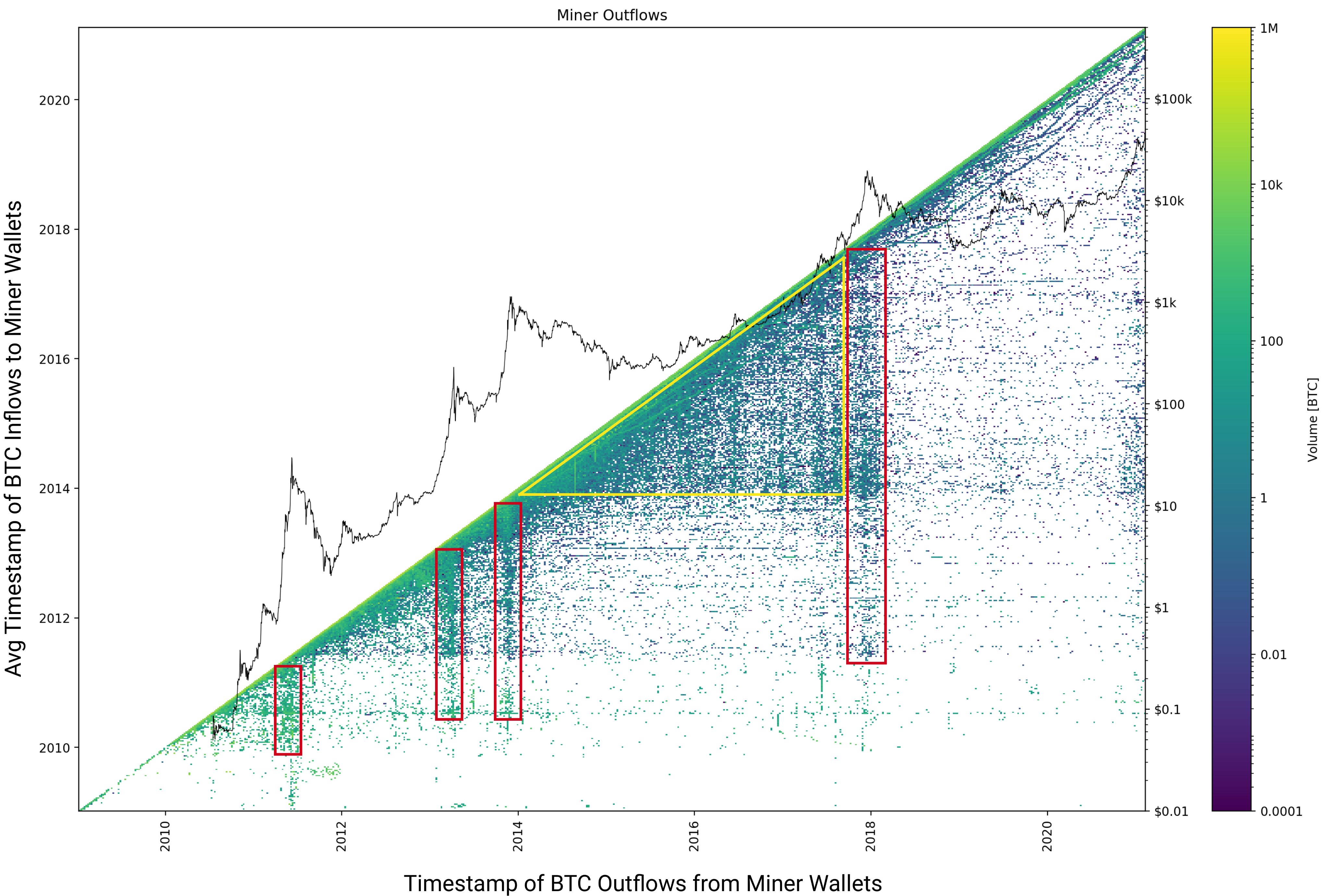 At the same time, Glassnode highlighted a distinguishing factor since Bitcoin’s most recent block subsidy halving last year. Miners, apart from some conspicuous occasions, are selling less than during previous bull runs despite spot price being far higher.

“Previous #Bitcoin bull markets are characterized by fingerprints of increased miner outflows of $BTC that had been acquired throughout prior years,” the firm noted on Monday.

“Even though we’re seeing slightly higher outflows of older BTC, this same pattern has not emerged in the current bull market.”

At 25%, or $9,800, Bitcoin added a quarter of its value again over the past seven days. That follows various similar feats, including the largest ever daily candle earlier in February. 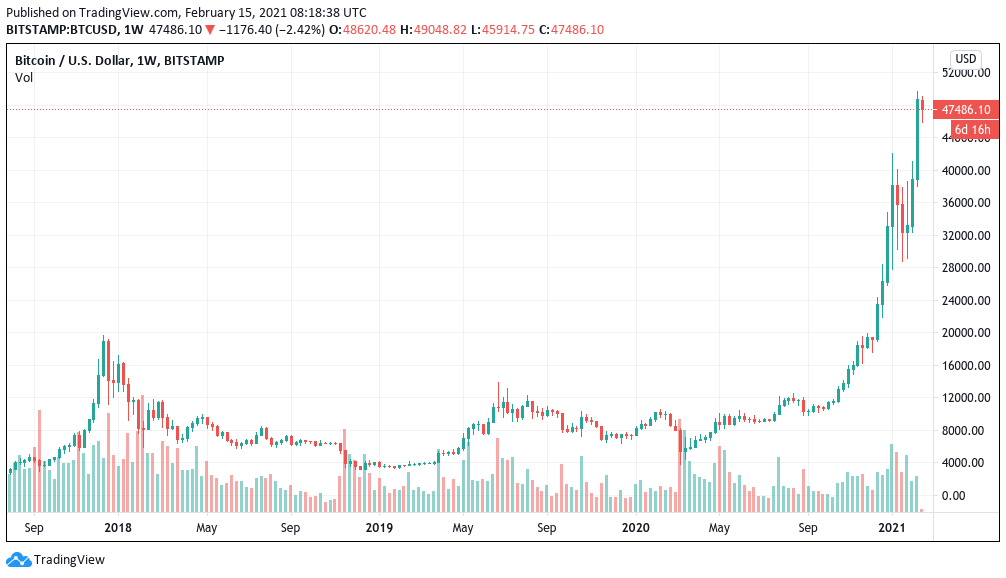 Against such strong performance, even the correction lower at just before $50,000 was of little concern to analysts beyond the mainstream press on Monday.

“Agressive selling by larger derivatives traders have lead to a big CVD div while $btc price has drifted up. (absorption of sellers by buyers),” filbfilb explained in a tweet.

“Funding keeps flipping high at resistance, so its probably not time to play out yet, but i remain bullish.”

Filbfilb was referring to the funding rate on major exchanges increasing, causing long traders to pay more to maintain their positions near psychologically significant price points.